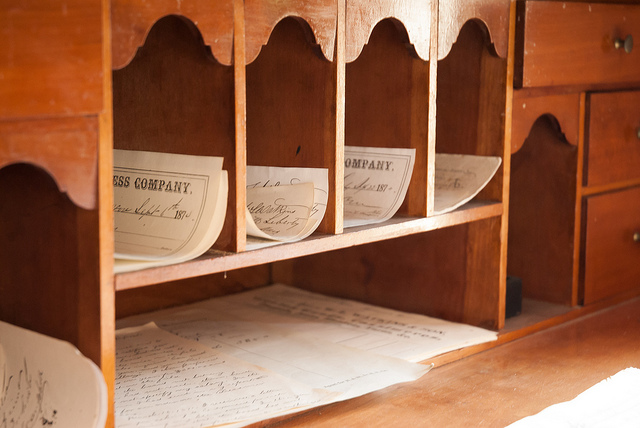 Established in 1839 as a small livestock farm in the northeast corner of Clay County, Missouri, by 1870 Bethany had expanded into a 3,660-acre agricultural and industrial enterprise. The 1,240-acre home farm was surrounded by a number of smaller sections, including two 500-600-acre tenant farms. The plantation, as owner Waltus L. Watkins styled it, included an elegant home and a three-story mill where wool was spun into yarn, and woven into cloth, blankets and shawls. The plantation also had a brick kiln, a gristmill, sawmills, a blacksmith shop, a dairy, a fruit dryhouse, an icehouse, barns and other farm buildings, as well as a scale house, a woolshed and houses for the mill and farm workers. The Mount Vernon Church and octagonal Franklin Academy school building were built adjacent to the plantation.

Watkins, like most farmers of his day, practiced diversified farming. He raised shorthorn cattle, Missouri mules, horses, swine, sheep and poultry, grew various grain crops, and planted extensive orchards. He also marketed the services of his mills, kiln and blacksmith shop to people in the area. When the woolen industry reached Missouri in the 1850s, Watkins decided to take advantage of his early training in Kentucky textile mills and in 1860 constructed the Watkins Woolen Mill.

Watkins' nine children helped manage the family businesses. The boys assisted their father with the farm and mill operations, and Mary Ann and her four daughters oversaw the dairy, cared for the poultry flocks, and dried fruit for sale. They also maintained a large family garden, raised bees and sold the honey, and butchered up to 100 hogs each year and smoked the meat for sale. In 1868 Watkins went into partnership with his son John, forming the firm of W. L. Watkins & Son. After Watkins' death, three of his sons continued to operate the farm and mill as Jno. H. Watkins & Bros.

The Watkins family lived at Bethany until 1945 when the farm and mill were sold. The mill and house were acquired by the Watkins Mill Association in 1958 and opened to the public. The property became part of the Missouri state park system in 1964. Watkins Woolen Mill was designated a National Historic Landmark in 1966, and was named a National Mechanical Engineering Historic Landmark in 1980. The mill and house, and the adjoining recreation area are administered by Missouri State Parks, a division of the Missouri Department of Natural Resources.