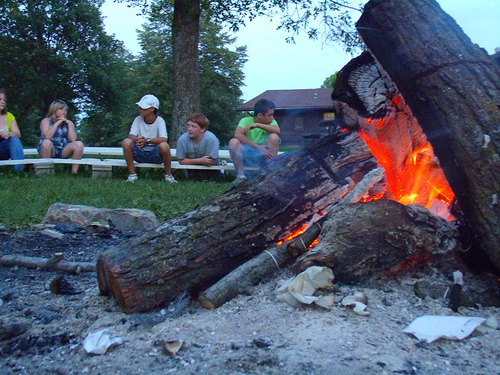 Camp Grand River, a group camp, is available to nonprofit organizations. It has a maximum capacity of 120 and a minimum of 55 people.

The group camp capacity is 120 with a minimum of 55. The camp is available from April 15 through Oct. 15.  Reservations must be made in advance; applications may be obtained by calling 660-359-6473.  Applications must be returned to the park office no earlier than eleven months prior to the expected date of arrival and no later than Oct. 16.  A group camp schedule will be developed and set no later than Nov. 15.  Any group applying after Oct. 16 will only be considered for open dates.

Crowder State Park is home to more than 17 miles of trail that allow for hours of exploration among the shaded forests and open bottomlands of the park. Mountain biking is allowed on approximately 15 miles of the park's trails. The park is a 1912-acre tract of rugged terrain surrounded by level farmland. The park was established in 1938 and was named after former local resident Maj. Gen. Enoch Herbert Crowder. Crowder is best known as the "father of the selective service" due to his authorship of the Selective Service Act, which was established in 1917 to help recruit soldiers in World War I.