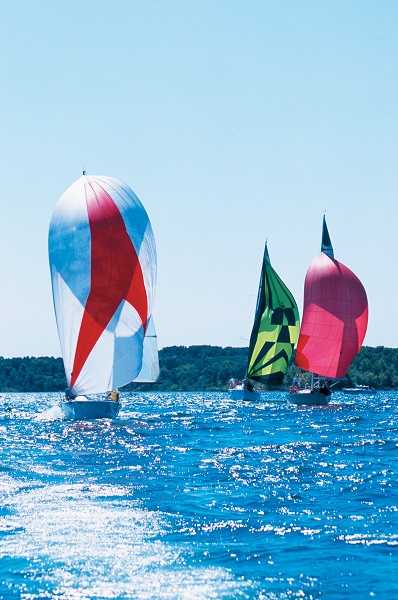 The clear blue waters of Stockton Lake make Stockton State Park an ideal destination for water recreation. Located on a peninsula that juts northward between the Big and Little Sac arms of the lake, the park offers easy access to the lake and its many recreational opportunities.

The area around what is now Stockton State Park has a long and rich history. Archaeological evidence found in the area indicates that man occupied the Sac River valley as long ago as 10,000 years. Burial mounds, village sites and campsites from several different cultures of prehistoric man have been discovered. A group known as the Dalton man, primarily hunters and gatherers, were the first people to inhabit the area. As the climate and vegetation changed, so did the inhabitants.

When the French first explored the region in the 17th century, the Osage Indians controlled much of the area. In the last part of the 18th century, Cherokee, Chickasaw and Choctaw Indians began to filter into the Osage Indian land from the southeast due to pressure from European settlers. In 1808, the United States acquired the land with the signing of a treaty between the Osage Indian chief and representatives of the government.

The first permanent settlements in the area were established in the 1830s. Stockton became the county seat of Cedar County in 1846. The town was first named Lancaster, later changed to Fremont and then to Stockton in 1859 in honor of a Mexican War commander, I.F. Stockton. Stockton has earned the distinction as the Black Walnut Capital of the World and celebrates by hosting the Black Walnut Festival each year in September.

Located on the gently rolling Springfield plateau, the Stockton area is surrounded by rugged Ozark hills to the east and tallgrass prairie to the west. Characteristics of both landscapes still can be found in the Stockton area. Although much of the area has been cleared for farming, the land still supports remnants of oak-hickory forests with an understory of red cedar, honey locust, dogwood and redbud.

The 24,900-acre Stockton Lake was created when the U.S. Army Corps of Engineers completed a dam across the Sac River near Stockton in 1970. Since that time, the lake has become a favorite spot for fishing, swimming, skiing, scuba diving and especially sailing. The open topography of the area allows a dependable southwest breeze perfect for sailing. 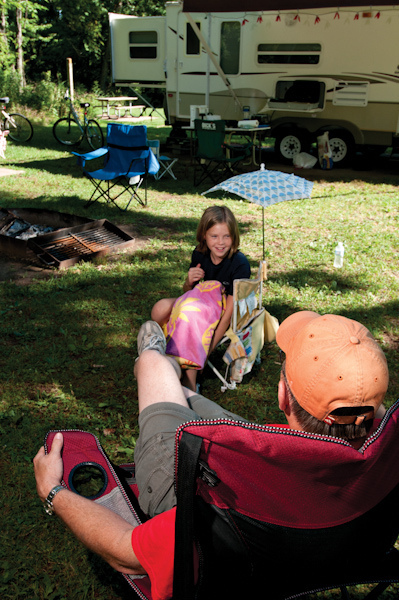 Stockton State Park offers easy access to the lake and everything needed for a day on the water. Fishing boats, pontoon boats, personal watercrafts and sailboats can be rented at the park's marina, which also can supply gas, fishing tackle, groceries and camping supplies. The park has two boat ramps and 320 boat stalls, including more than 70 designed just for sailboats.

Fishermen casting their lines can anticipate catching bass, crappie, walleye, catfish or bluegill. A quiet cove or secluded shoreline is not hard to find. The clear waters of Stockton Lake make it a popular place to scuba dive. Visitors can also cool off in the water or lounge on the park's swimming beach. On-shore entertainment options include playground equipment, photography, bird watching and large open areas perfect for sports.

For lunch, guests can choose from numerous shaded picnic sites near the lake or dine at the grill located in the marina. Large groups or families can reserve one of two open picnic shelters overlooking the lake by contacting the park office.

A variety of lodging options are available in the park for guests wanting to extend their visit. The park's camping area features basic and electric campsites, five of which are accessible to persons with disabilities. Modern restrooms, hot showers, laundry facilities and a dumping station are available in the camping area. Visitors also have a variety of lodging options, including camper cabins, a one-bedroom cabin with kitchenette, or a one- or two-bedroom duplex complete with a kitchenette and patio with a grill.