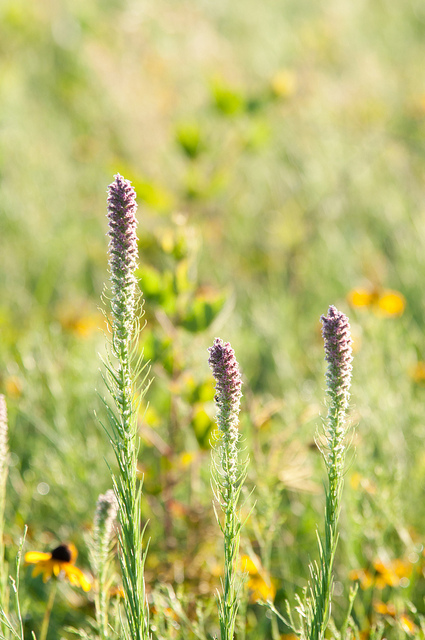 Imagine following a great river of bison across a treeless expanse of sun-washed grasses or witnessing the spectacle of a prairie wildfire lighting the night sky. This blend of grazing and fire was among the many factors that contributed to an intricate assembly of tallgrasses, wildflowers and abundant wildlife called prairie.

More than 13 million acres of tallgrass prairie once covered more than one-third of Missouri’s landscape. Today, less than 65,000 acres remain. Prairie State Park is Missouri’s largest remaining tallgrass prairie landscape. Four examples of tallgrass prairie within the park, East Drywood Creek, Regal, Hunkah and Tzi-sho prairies, were originally designated as natural areas. These have all now been combined and are included in the nearly parkwide Regal Tallgrass Prairie Natural Area designation. Purchased with the help of The Nature Conservancy, Prairie State Park preserves a unique and rare diversity of life.

That diversity is represented in more than 150 birds, 25 mammals, 25 reptiles, 12 amphibians and approximately 500 species of plants, 350 being native prairie species. The conversion of the once-vast prairie to farmland, towns and roads has left few natural places as refuges for the plants and animals distinctive to a tallgrass prairie ecosystem. More than 25 rare and endangered plant and animal species have been recorded in Prairie State Park, some of which are not found anywhere else in the state. A reintroduced bison herd freely grazes across the landscape, shaping the earth with grazed patches, trails and wallows.

To preserve this heritage, park staff conduct research, monitoring practices and stewardship procedures. Prescribed fires remove accumulated grass mats and increase soil nutrients. The open character of the prairie is protected with the removal of invading trees. Bison have been reintroduced to join other native grazers to maintain the natural grazing processes. Where the prairie vegetation no longer exists, native plants are sown.

Each season of the year transforms the prairie. Spring is a sea of green grasses sprinkled with red, purple and cream-colored blossoms of Indian paintbrush, arrow-leaved violet and cream wild indigo. Pumpkin-colored bison calves are born in May and June. Summer brings a constant succession of flowers from pale purple coneflower to rattlesnake master, gayfeather and butterfly milkweed. Regal fritillary butterflies float from flower to flower in search of nectar, while slender glass lizards bask in the warm sunlight. Dickcissels, sedge wrens and Henslow’s sparrows nest among the plants. 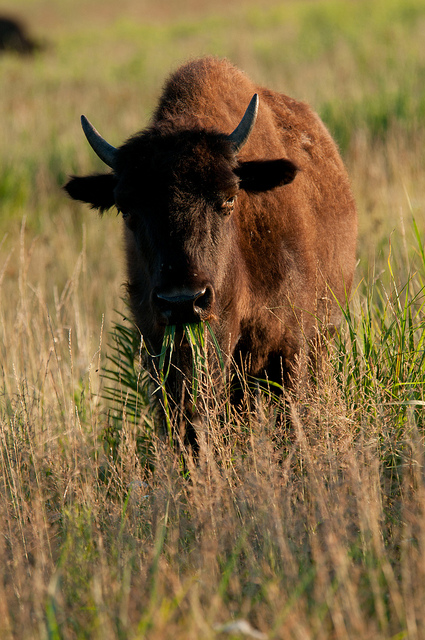 As temperatures rise, warm-season grasses such as big bluestem and Indian grass can grow to 8 feet tall. In autumn, the purple spikes of rough blazing star and several types of goldenrod and asters compete for attention, while downy gentian is nestled low amongst the tall grasses. During the winter months, Northern harriers, prairie falcons and rough-legged hawks may be spotted as they soar through the sky. Frost and snow frequently decorate the landscape to create silvery lights on golden grasses.

During any season, visitors can experience prairie life by hiking one of the park’s trails. Visitors can take a short hike or reserve the park’s backpacking camp and sleep under the vast prairie sky. With more than 150 bird species, some of which are rare and endangered, bird-watching is a favorite activity. The trails also provide a great place for nature study, photography, and viewing wildflowers and wildlife. The park also has a picnic area and limited camping. Potable water is available on the south side of the shop building before you enter the camping and picnicking area.

The park’s Regal Tallgrass Prairie Nature Center features exhibits that interpret the tallgrass prairie, such as a diorama depicting the prairie from spring to fall, a bison exhibit and interactive activities. Park naturalists conduct programs that interpret prairie life and stress the importance of preserving this rare and sweeping historic landscape.