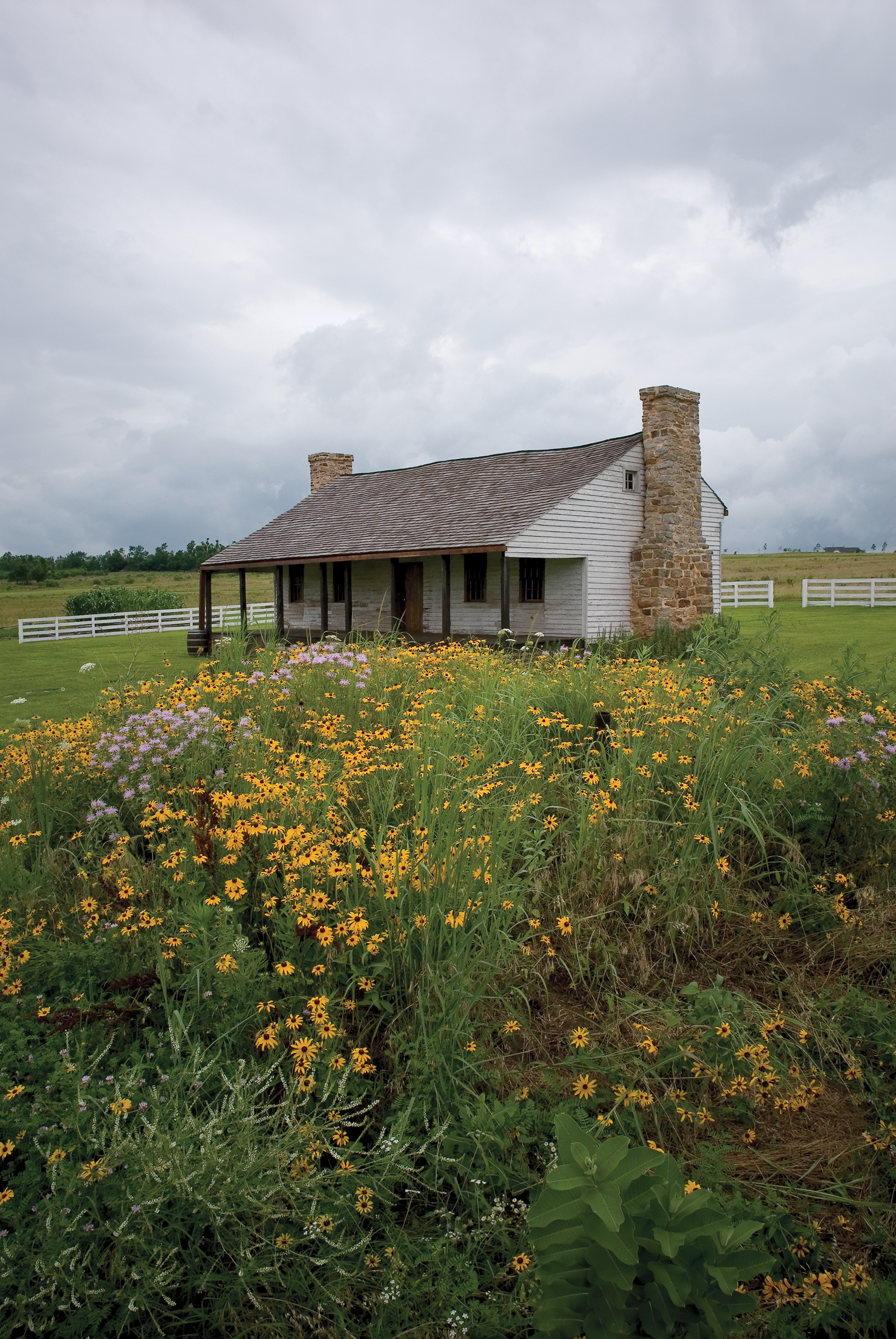 In 1781, Nathan Boone was born in Kentucky. The youngest son of Daniel Boone, he grew up to be similar to his famous father in character, temperament and achievement. Like his father, he spent his life pursuing the frontier careers of surveyor, entrepreneur, trapper, hunter and soldier.

Olive Van Bibber was born in West Virginia in 1783, the youngest of her parents' 10 children. Her father had come to America from Holland prior to the Revolutionary War. Olive would go on to become not just the wife of Nathan Boone but a pioneer woman who would help settle the Missouri frontier.

Nathan and Olive married in 1799 and soon set out for the Louisiana Territory, settling in what is now St. Charles County, Missouri. The couple had 14 children together and remained married for more than 57 years. However, Nathan was often away from home, exploring, on business or soldiering for months at a time. While Nathan was gone, Olive was responsible for maintaining the homestead and caring for the family.

In 1805, with his brother Daniel Morgan, Nathan opened the salt-making business that would immortalize the Boone name in mid-Missouri. Though his stint as frontier entrepreneur was short, the location of his saltworks, near Boonville, would be known as the Boone's Lick for years to come. The Boone's Lick Road, on which the brothers moved their supplies and finished product, would become a major thoroughfare in early Missouri.

Giving up the salt business for a career in surveying, Nathan helped lay out some of Missouri's first roadways. He also took a turn at politics as a member of the first constitutional convention for Missouri in 1820. However, it is his life as a soldier for which he is best known.

As a captain of the Missouri Rangers during the War of 1812, Nathan established himself as a capable leader and demonstrated abilities quite equal to those of his legendary father. In 1833, he was made a captain of the dragoons, a military regiment at the time, and was stationed at Fort Gibson in Oklahoma. He was assigned the task of surveying the boundaries between the Creek and Cherokee American Indian nations. Ten years later, he conducted an expedition into the unsettled area of what is now Oklahoma and Kansas. On Feb. 16, 1847, Boone was made major of the First Dragoons. In 1850, he was given a commission as lieutenant colonel of the Second Dragoons. He resigned from military service on July 15, 1853, because of failing health.

As early as 1834, the Boones’ sons, James, Benjamin Howard and John Colter, were acquiring land on which to build the family home near where Ash Grove now stands. In 1837, Nathan and Olive left their stone mansion in what is now Defiance, Missouri, and moved into the newly built house, where they lived until their deaths in the 1850s. This house is now the center of Nathan and Olive Boone Homestead State Historic Site. Nathan and Olive are buried in the nearby family cemetery. 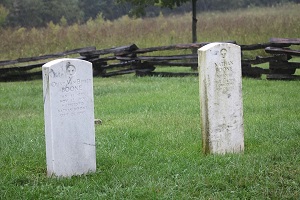 The house began as a double-pen log cabin with an open dogtrot through the center. It was a story and a half with a sleeping loft on the second floor. It was built primarily of locally harvested ash logs with walnut used for the sills and much of the trim work. Eventually, the dogtrot was closed in, the exterior was covered in walnut weatherboarding, and the interior was finished with plaster and lathe.

In addition to the family cemetery, there are graves of enslaved people on the property. The Boone family's enslaved people were instrumental in the operation of the homestead and all of the Boones’ agricultural pursuits. Many of the formerly enslaved individuals continued to live on or near the homestead properties after the Civil War. Of the numerous headstones, only two have names inscribed on them.

After the deaths of Nathan and Olive, the homestead stood unmarked for more than eight decades. Nathan’s grave had no inscription of his name, and his story was almost lost. However, efforts by citizen historians of Ash Grove began to shine a light on his importance in Missouri history. In 1942, a memorial marker recognizing Nathan’s service in the dragoons was placed on his grave by the Daughters of the American Revolution. A matching headstone was placed on Olive’s grave in 1985 by the Ash Grove community. The Missouri Department of Natural Resources acquired the property in 1991.

With planned landscape restoration and the absence of modern intrusions, the view from the house is not significantly different from when the Boone family settled here. Prairie grasslands with large areas of open limestone glades surrounded the house. The woodland areas consisted of large groves of ash, walnut and oak trees broken by glades of limestone outcroppings.

The historic site consists of the cabin, remnants of outbuildings, the family and slave cemeteries, and 370 acres of the original Boone homestead. It has a small picnic area with a grill and picnic shelter, hiking trails, and accessible restrooms with running water.