at Lewis and Clark State Park

Landmark of an Epic Journey 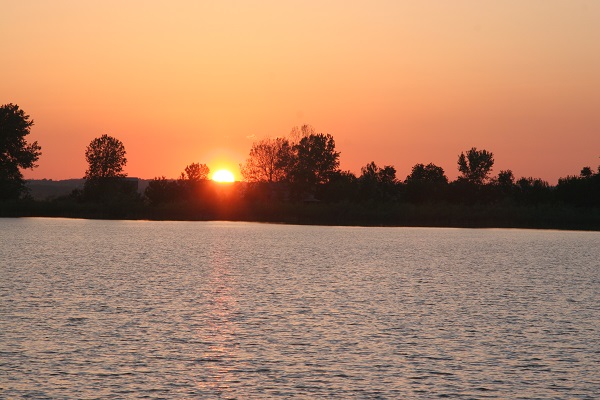 Meriwether Lewis and William Clark, along with their expedition crew of more than 40 people, set out May 14, 1804, on their epic 28-month journey from the confluence of the Missouri and Mississippi rivers to discover what lie west. Imagine their excitement and sense of adventure as they pushed off into the great unknown.

As the explorers followed the Missouri River to the northern Rocky Mountains, across the Continental Divide, down to the Pacific Ocean and back again, they kept detailed journals of their findings, including landscapes, plants, animals and native people. On their return, these journals provided settlers with knowledge of what awaited them and a thirst to explore the land themselves.

In their journals, Lewis and Clark told of a wilderness containing thick forests, prairie openings, and abundant wildlife such as deer, beaver and bison. Today, this area is known as Missouri.

The Missouri River, the explorer's highway, was a topic of their journals. At the time, the river meandered freely across the landscape. In places, its course formed an almost complete loop and then cut across the neck of the loop to shorten itself. As the ends of the loop silted with sediment, an oxbow lake was formed. The journal entry for July 4, 1804, described such a lake. Lewis and Clark "Saw great numbers of Goslings to day which Were nearly grown, the before mentioned Lake is Clear and contain great quantities of fish and Gees & Goslings, The great quantity of those fowl in this Lake induced me to Call it Gosling Lake…" The oxbow lake that Clark described in that journal entry is located in Buchanan County and is known today as Lewis and Clark Lake.

In 1934, the state acquired land on the southeast side of Lewis and Clark Lake, known at that time as Sugar Lake, and dedicated it as a state park to these two explorers. Lewis and Clark State Park was developed in the 1930s by a federal workforce called the Civilian Conservation Corps (CCC). A stone picnic shelter still in use in the park is an example of their handiwork.

As part of the commemoration of Lewis and Clark's historic journey that began in 1803, a Lewis and Clark Bicentennial Plaza was incorporated into the landscape of the park in 2006. The plaza includes a screened and bermed walk that leads visitors to an interpretive area featuring a compass rosette, stone benches with the names of all expedition members, a scenic overlook and  interpretive materials arranged along the walk. The bermed walk is lined with native grasses, wildflowers and trees. The area is open during normal business hours.

On shore, visitors can watch the many waterfowl that still visit the park. Along with the "goslings" seen by Lewis and Clark, great blue herons, snowy egrets and many types of ducks make regular appearances. Nestled in the shade on the shoreline are numerous picnic tables with grills, making the park an excellent place to enjoy a picnic lunch. The CCC open picnic shelter, with electricity and a playground nearby, can be reserved for larger gatherings by calling the park office.

For visitors wanting to extend their visit, a campground, shaded by large cottonwood and sycamore trees, features both basic and electric campsites. Every campsite has a table and barbecue grill, and some of the electric campsites feature a small shelter. The level and roomy electric campsites make it easy to maneuver a large recreational vehicle. Campground amenities include modern restrooms, hot showers, laundry facilities, a dumping station and playground equipment.