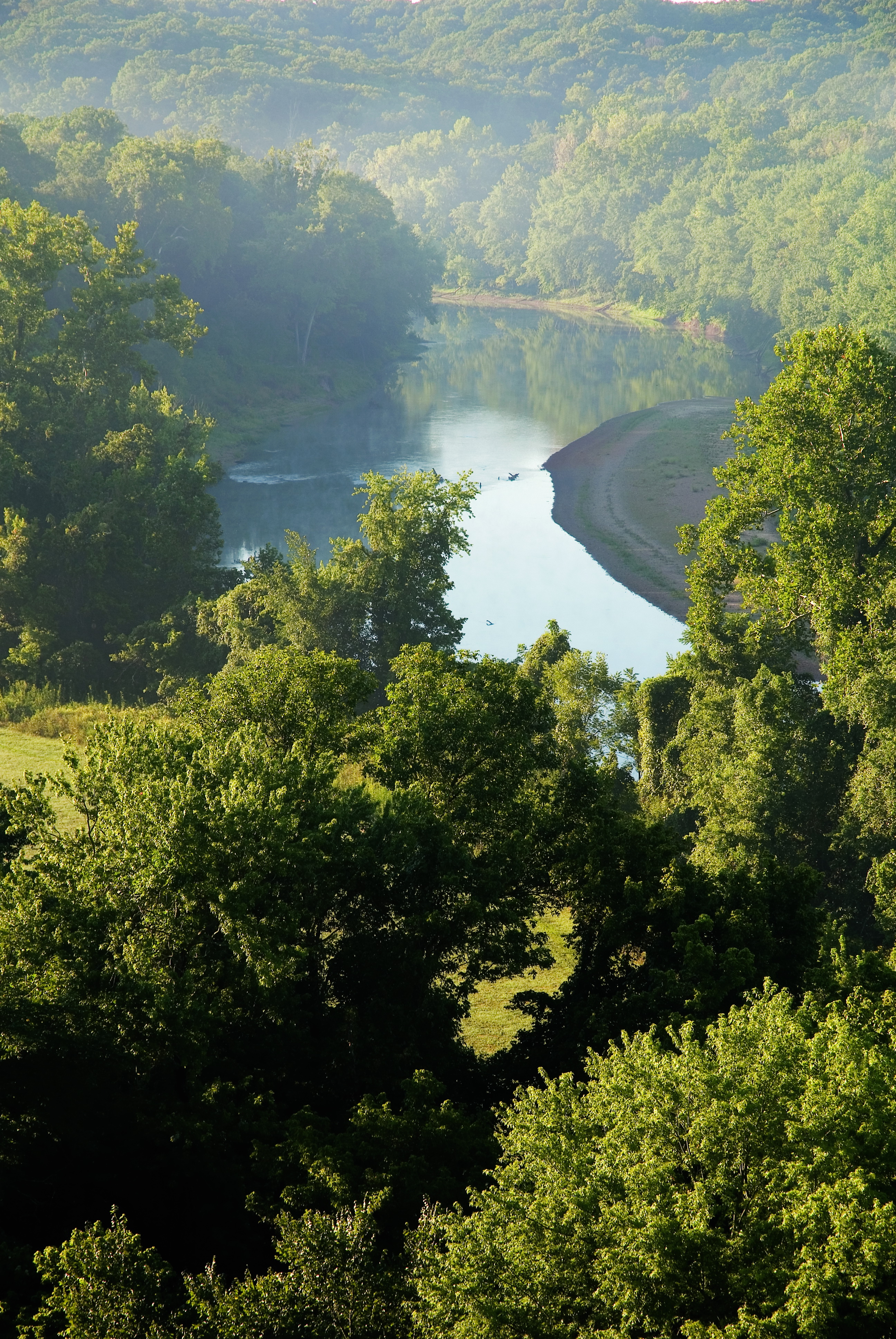 The Missouri Pacific Railroad provided the transportation to the Castlewood area along with its several small resort depots along the Meramec River in western St. Louis County and provided St. Louis residents a welcome respite from urban life in the early 1900s.

City dwellers flocked to Castlewood for weekends of water fun, dancing and clubhouse partying. The grand staircase at the Castlewood depot led to a big hotel, seasonal cabins and clubs. At the bottom of the palisade bluffs, visitors ferried across the river to a large sandbar known as Lincoln Beach. At the height of Castlewood's popularity, more than 10,000 visitors would descend on the area each summer weekend.

Following World War II, visitation to Castlewood steadily declined due to air conditioning, better roads and affordable vehicles. Numerous attempts were made to preserve the resortlike quality of the area, and a citizen conservation group, The Open Space Council for the St. Louis Region, helped the state acquire the land that in 1974 became Castlewood State Park. The park is the centerpiece of the Meramec River Recreation Association (MRRA), established in 1975 for the protection and preservation of the Meramec River corridor.

The park straddles both sides of the Meramec River and stretches in linear fashion for nearly 5 miles. It incorporates much of the old resort area, including the grand staircase and Lincoln Beach. Castlewood had one of the first piped water systems outside of St. Louis that supplied water to the hotels and cabins. Water from a well along the river was pumped to a cistern atop the bluffs, which remains in the park.

At the heart of the park, the last mile of Kiefer Creek meanders toward the Meramec River. The river itself swings south, east, north and east again through the park, with broad flood plains averaging more than a half-mile wide.

Just as it was 100 years ago, majestic white limestone bluffs tower above the Meramec River, while some 250 feet below is River Scene Trail. On the south side of the river near the old community of Morschels, nature lovers can find a small stand of native bottomland forest, a rapidly vanishing natural feature. By contrast, on the north side, a more typical upland forest of white oak, northern red oak and shagbark hickory dominates the landscape. Wildlife includes cricket frogs, wild turkey, white-tailed deer and river birds, such as kingfisher and great blue heron.

Castlewood State Park features several picnic sites, two picnic shelters and a playground, making it a perfect place for family gatherings. The shelters can be reserved. Fishermen will enjoy angling for bluegill, largemouth bass and catfish. River activities include canoeing and kayaking.

Hikers, mountain bikers and equestrians can explore the park on several trails. Grotpeter Trail winds through the park's wooded uplands and is accessed near the first picnic shelter. River Scene Trail is a loop trail that begins opposite the entrance road to the first picnic shelter, ascends the tall bluffs along the Meramec River, then descends to the flood plain along the river's edge and back to the starting point.

Chubb Trail was developed jointly by the Missouri Department of Natural Resources and the St. Louis County Department of Parks and Recreation. Located on the south side of the river, it is open to hikers, bicyclists and equestrians and may be accessed from either Lone Elk or West Tyson county parks.

The World Bird Sanctuary, located on land leased from the park, is open to the public. It houses live birds and features interpretive displays on birds of prey and their activities. It can be accessed from Lone Elk County Park. See its website for more information and hours of operation.

The success of Castlewood State Park has become an inspiration to others interested in preserving open-space lands. The park contributes greatly to the goal of MRRA and the Great River Greenways in establishing a greenbelt along more than 100 miles of the lower Meramec River with public and private recreation facilities and interconnecting trail systems.