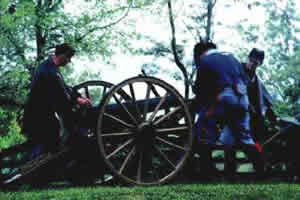 The first year of the Civil War in Missouri began with the Unionists quickly gaining the upper hand. By the end of June, the pro-Southern governor and members of the cabinet and legislature had been driven into exile and a provisional pro-Union government had been created to rule the state. The tide turned on Aug. 10, 1861, when a Union army was defeated at the bloody Battle of Wilson's Creek near Springfield. This set the stage for a rebel offensive into the heart of the Missouri River valley. In late August, the commander of the Missouri State Guard forces, Maj. Gen. Sterling Price, set his 7,000 men in motion. Their objective was the prosperous city of Lexington, which held a strategic location on the Missouri River.

While Price was advancing on Lexington, a body of 2,700 Federals under the command of Col. James A. Mulligan had fortified themselves inside the grounds of the Masonic College on the northern end of town.

By the first day of the battle, Sept. 18, Price's army had swelled to 10,000 to 12,000 men and more recruits were pouring in daily from the surrounding countryside. With the strains of "Dixie" in the air, Price's men marched through Lexington and completely encircled the college. For the next nine hours, the huddled Unionists received a galling and continuous bombardment of shot and shell. Meanwhile, the Southerners seized the house of Oliver Anderson, which was then serving as a Union hospital. Outraged by what he considered a breach of the etiquette of war, Col. Mulligan ordered the house to be retaken; in a bloody countercharge, his men stormed the house and took heavy casualties. Soon after, the house changed hands for a third time as the guardsmen drove the Yankees back to their trenches. 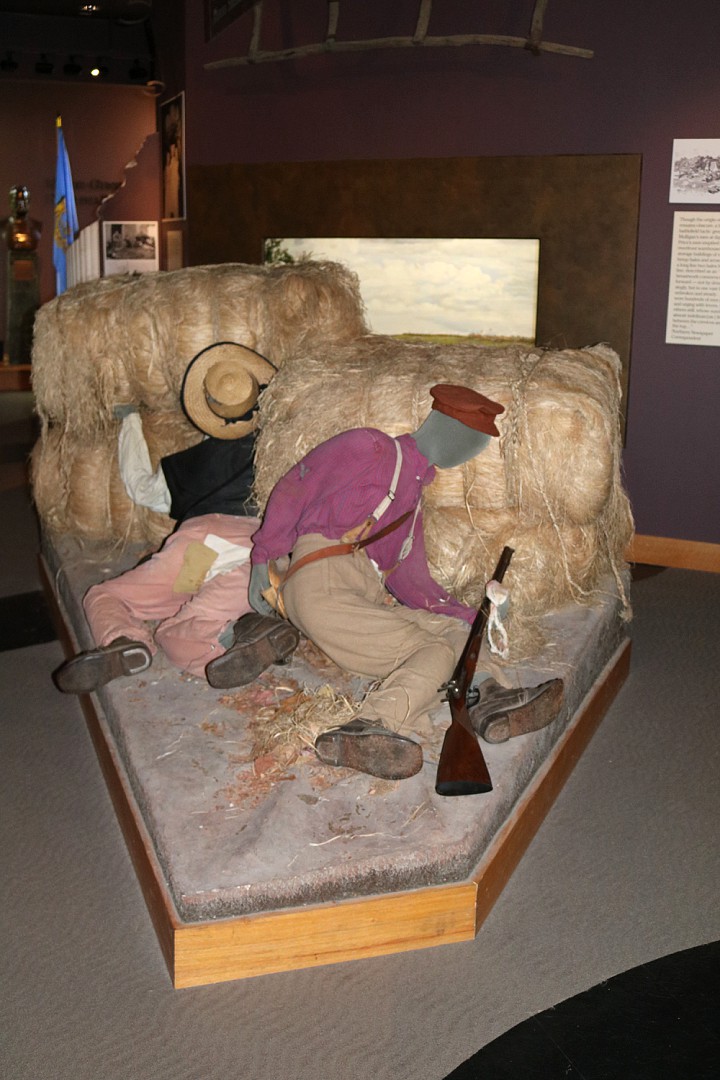 On the second day of the battle, the bombardment was continued and the lines around the college were drawn in and tightened. The entrapped blue coats had run out of water by then and were suffering greatly from thirst and heat.

The siege ended on the third day in a dramatic and unusual way. The Southerners had discovered a quantity of hemp bales in a nearby warehouse and arranged these bales in a line on the west side of the Union entrenchments. They then began rolling the bales ever closer to the line of trenches. The panicked Federals unleashed their artillery into the moving breastwork, but their cannonballs had little effect on the dense bales. By early afternoon, the snakelike line of bales had advanced close enough to the Union trenches for a charge, and the defenders of that sector engaged in a brief but bloody hand-to-hand fight before being driven back into their entrenchments. By now, Mulligan and most of his officers were wounded and he realized that the time for surrender had come.

The casualty count from the Battle of Lexington was 25 killed and 75 wounded on Price's side, while the Federals had 39 killed and 120 wounded. Price did experience some immediate gains from the battle. He captured five artillery pieces, 3,000 rifles and 750 horses, all of which were highly beneficial to his under-equipped army. Beyond that, he returned some $900,000 that the Federals had looted from the local bank – and, he became a hero throughout the South. But his long-term gains were less significant.

In response to the defeat at Lexington, the Union commander in Missouri, Gen. John C. Fremont, mounted a massive force to drive Price from Missouri. In the face of this threat, Price had little choice but to retreat back to southwest Missouri. Lexington and the Missouri River Valley once again returned to Union control.

Battle of Lexington Information and Resources