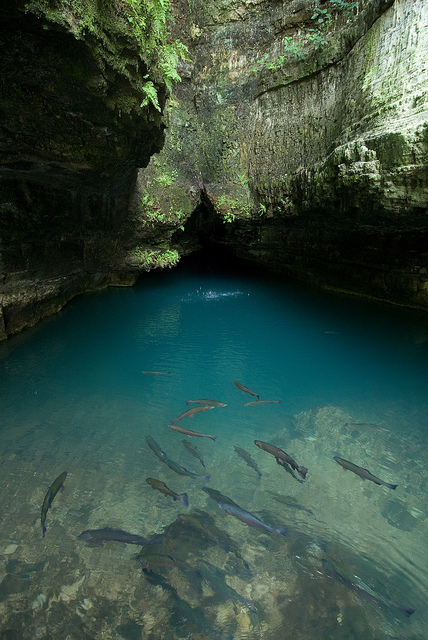 The rugged hills and valleys of Roaring River State Park tell a fascinating geologic story about the southwestern Ozarks of Missouri. The park is located on the edge of the Ozark Plateau where it is dissected by the White River. This natural erosion process over thousands of years has created an abrupt change in the landscape, from the flat plains of the plateau to deep valleys and steep hills. Visitors driving to the park are often surprised to find themselves going down and down into the park. The last mile of the drive into the valley drops 400 feet in elevation.

Roaring River is a tributary of the White River, which has cut into the flat plateau, creating deep valleys and exposing an unusual variety of rock formations. As the river cuts through the plateau, it exposes the different layers of sediment, including shale, limestone, dolomite and chert. Roaring River State Park is one of only a few places in Missouri where visitors can see such a variety of rock formations within such a small area. 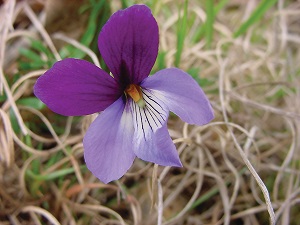 The park is a mix of oak-hickory woodlands, small Ozark streams and open dolomite glades. As the geology changes, the plant communities also change from rich oak-maple forests on the valley floor to the dry oak-pine forests farther up the hill. The park is home to more than 600 species of plants, many of which cannot be found in any other region of the state. This includes the rare Ozark chinquapin tree, which occurs on cherty ridges.

The most striking natural feature of the park is Roaring River Spring, which originates in a deep canyonlike gorge surrounded by delicate green ferns and mosses. More than 20 million gallons of clear 57-degree water flow from the spring daily into Roaring River. 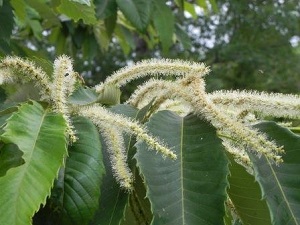 Natural areas are recognized as the best remaining examples of Missouri’s original natural plant and animal communities and are managed and protected for their value. Roaring River Cove Hardwoods Natural Area protects a landscape of rugged hills and knobs with old age trees that have stood the test of time on these weathered hills. Downcutting of the White River and its tributaries along with geologic uplift have created the 400 feet of relief between the ridge tops and the river. On the ridges, post oak and black oak with blueberries in the understory are common while occasional sprouts of Ozark chinquapin can be found on cherty ridges. Visitors can often spot summer tanagers, black-and-white warblers, and wood thrushes.