Below is some information on some of the exhibits inside the Missouri State Museum. 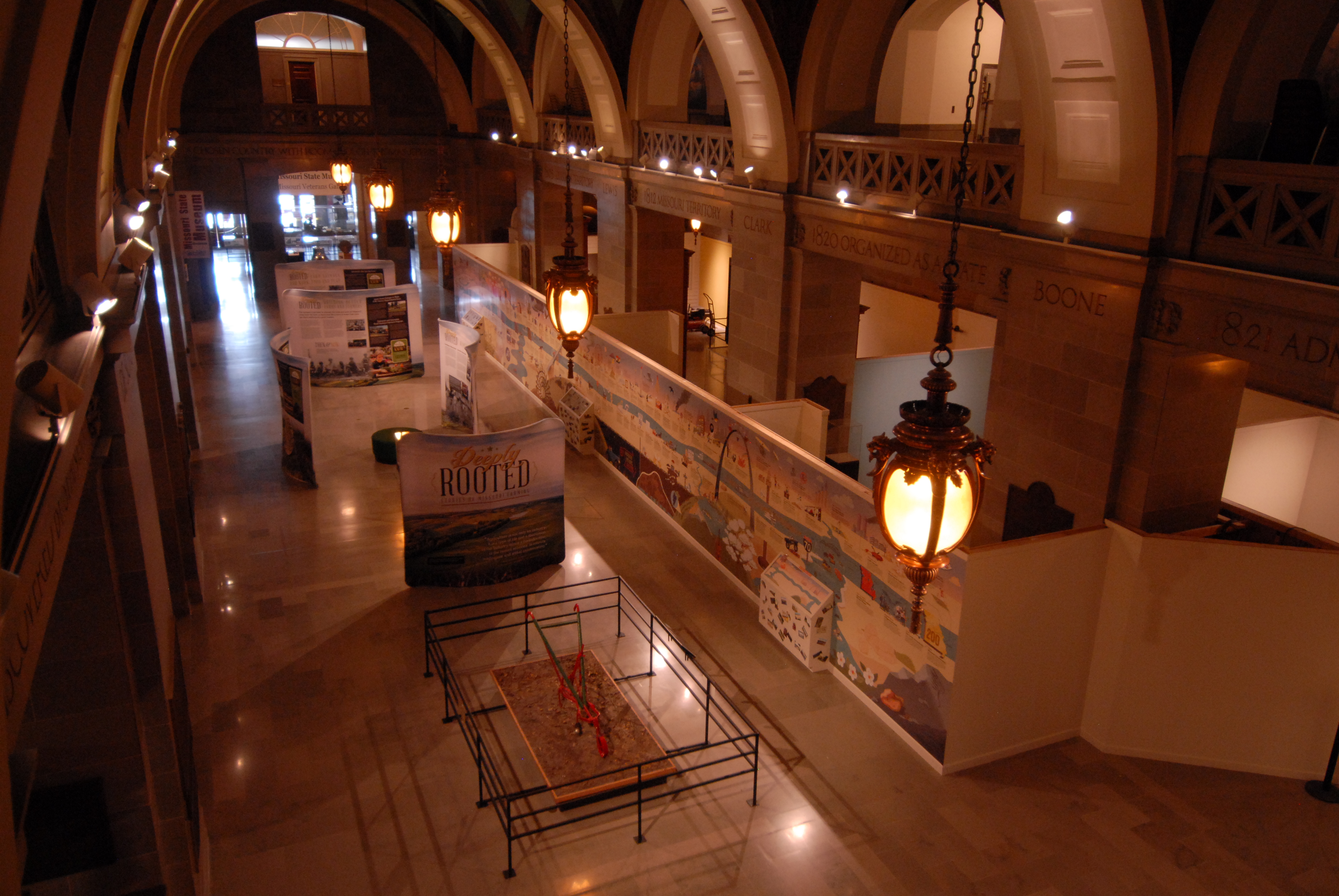 In 1919, the General Assembly designated this exhibit gallery as the Soldiers and Sailors Memorial Hall. Now generally referred to as the "history hall," it houses exhibits about Missouri's cultural history. In commemoration of the Missouri bicentennial, the museum installed an 80-foot-long illustrated timeline of Missouri History in August 2020. A new exhibit on Missouri’s Trailblazers will also open in late 2020. Artifacts and featured trailblazers in this exhibit will change every few months, so come back often to see what’s new. 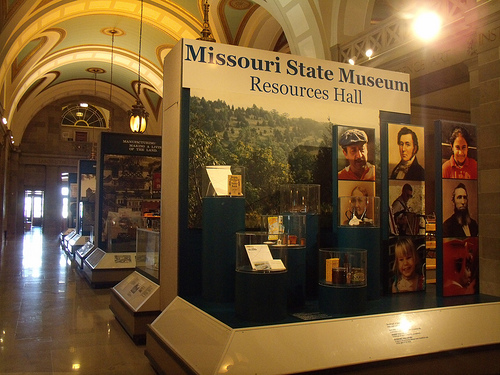 First designated the Resources Museum in 1921, this gallery was joined with the Soldiers and Sailors Memorial Hall in 1923 to form the Missouri State Museum. This gallery displays Missouri's natural resources on the south wall, human resources on the north wall and the story of how the two have interacted in the center.

This gallery, opened in 2009, features exhibits on Missouri's state government and the buildings that have served as Missouri's Capitol. Artifacts are periodically rotated.

The museum maintains a growing number of traveling exhibits that can be borrowed by schools, museums, libraries and other organizations. Our exhibits explore Missouri’s rich natural and cultural history. We are creating new exhibits and updating old exhibits regularly. To learn more about the traveling exhibits currently on offer, visit the museum’s Educational Resources page at https://mostateparks.com/page/85051/educational-resources.

The Missouri State Museum is actively collecting artifacts related to Missouri's cultural and natural history for loan and donation. Please contact the museum at 573-751-2854 or collections@state.museum@dnr.mo.gov for more information.