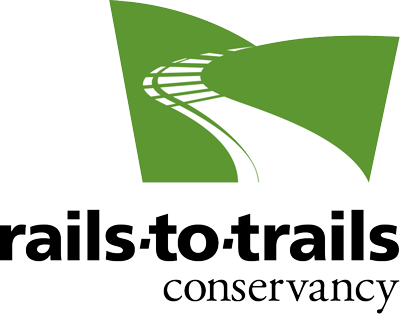 The Rails-to-Trails Conservancy is a national nonprofit organization that works with communities to preserve unused rail corridors by transforming them into trails. The Conservancy developed the Rail-Trail Hall of Fame in 2007 to honor exemplary rail-trails each year. Rail-trails are chosen on merits such as national prominence, scenic beauty, user volume, historical significance, total length and geographic diversity. In September 2007, Katy Trail State Park was chosen as the second rail-trail to be included into this new Hall of Fame. There are currently 1,457 open rail-trails and nearly 1,000 more in development. For more information about the Hall of Fame, visit the Rails-to-Trails Conservancy website.

In 1989, the American Hiking Society and Backpacker magazine envisioned America's first coast-to-coast, multi-use hiking trail, which would link cities, wilderness, forests and deserts. The American Discovery Trail traverses Missouri from St. Louis to Kansas City, using 158 miles of Katy Trail State Park from the Highway 370 Bridge over the Missouri River at St. Charles to Sportsman Road in Boonville at Interstate 70. Katy Trail State Park is open to bicycling and hiking.  For more information about the American Discovery Trail, visit their website.

In 1999, the Millennium Trail initiative was established to recognize, promote and support trails as a means to preserve open spaces, interpret history and culture, and enhance recreation and tourism.  That same year, Katy Trail State Park was designated a Millennium Legacy Trail by First Lady Hillary Rodham Clinton. The Millennium Legacy Trails were selected from nominations by the governors of the states and territories because they reflect the essence and spirit of our nation's states and territories. For more information about the Millennium Trail designations, visit their website.