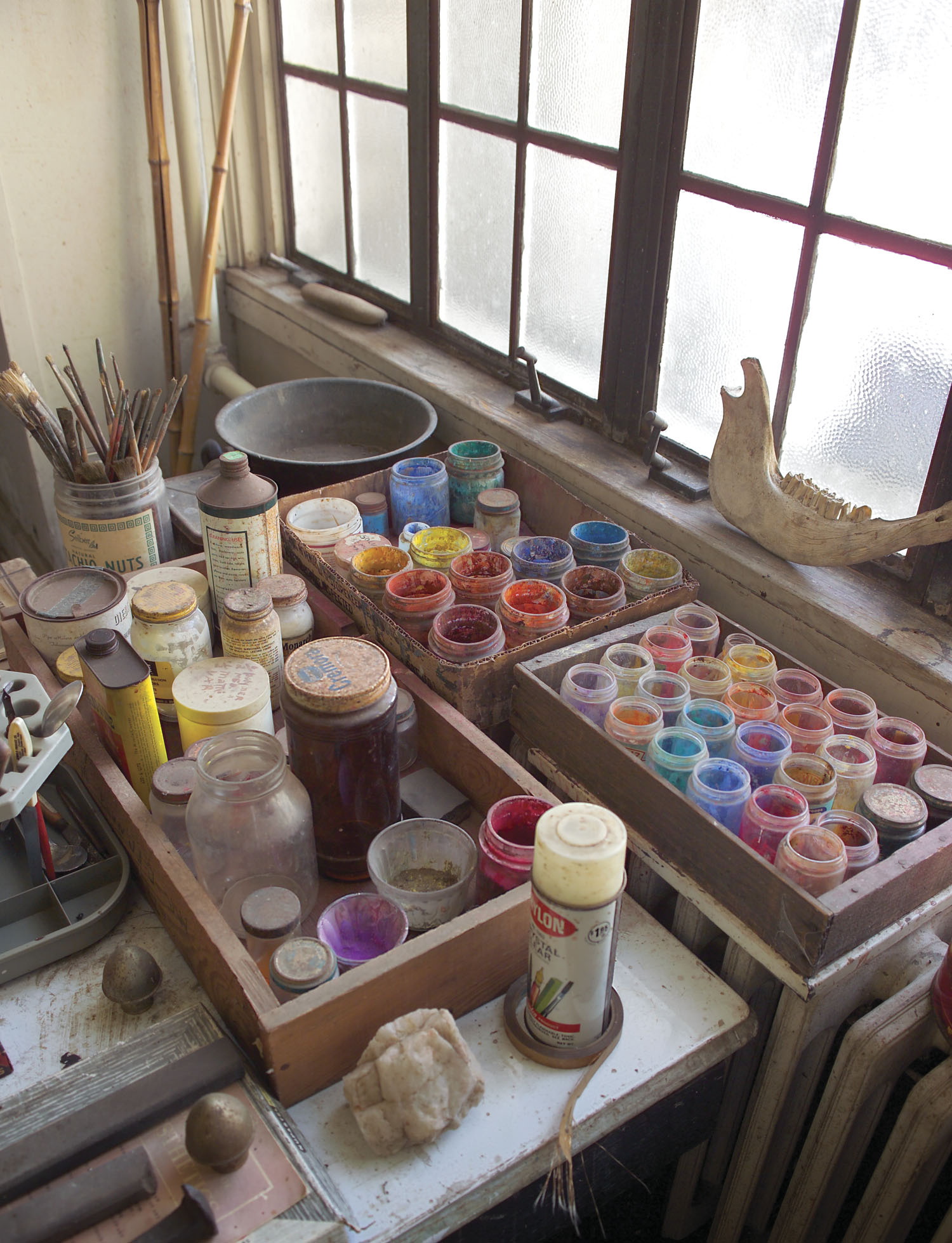 Thomas Hart Benton is Missouri's most renowned 20th century artist. His artistic ability to interpret realistic American lifestyles and cultures on canvas earned him a chance to display his artwork in Missouri's Capitol. "A Social History of the State of Missouri" can be viewed in the House Lounge.

Benton was born in Neosho, Missouri, in 1889, the son of Missouri Congressman Maecenas E. Benton and great, great nephew of Missouri's first senator, Thomas Hart "Old Bullion" Benton. As a child, Benton received art instruction at the Corcoran Gallery in Washington, D.C., during his father's tenure in Congress (1897-1905). Later, he studied at the Art Institute of Chicago and several academies in Paris, where he was exposed to a variety of techniques and theories of art.

The greatest influence in his style came while serving a two-year term as a draftsman in the Navy during World War I. This experience led him to a lifelong appreciation of realistic drawing, which was greatly inspired by J.A. Spencer's realistic depictions of American history. Thereafter, Benton felt that art could have a greater meaning to the common man by presenting meaningful content in recognizable terms. From this time onward, Benton began his involvement with the depiction of American history and folkways. He became the leader of the Regionalist movement in painting that dominated American art during the 1930s.

Following his discharge from the Navy, Benton moved to New York, where he taught at the Chelsea Neighborhood Association and Art Students League, where Jackson Pollock was his student. Benton spent several years perfecting a new method of planning his paintings by using clay models to help with the spatial organization of the design. While in New York, he painted four large murals depicting American life that established his national fame.

In 1935, Benton returned to Missouri and was awarded a commission for the mural in the state Capitol. "A Social History of the State of Missouri" has several scenes that were felt to be controversial, including fur traders selling whiskey to American Indians and Jesse James robbing a bank. That same year, he was made an instructor in painting and drawing at the Kansas City Art Institute.

Between 1939 and his death in 1975, Benton resided in the two-and-a-half story, eclectic-style house built of native, quarried limestone, which is now listed on the National Register of Historic Places. Many of his original paintings and sculptures, along with some reproductions, add a vibrant splash of color to the simply decorated home.

A walk through the home reveals a lot about the artist's interests. A baby grand piano in the living room reflects Benton and his family's love for music. Two of the artworks in the house are of his son playing the flute and his daughter the guitar. Benton played the harmonica and even recorded an album.

The second-floor library houses books Benton read to ensure detail and accuracy in his artwork. Benton, himself, wrote two books and illustrated numerous others.

The Benton home was a center of creative and cultural activity. Political leaders, artists, writers, architects and poets flowed through the Benton's family life, influencing the family and, in turn, were enriched by their contact with Thomas Hart Benton.

Benton converted half of the carriage house into his art studio in the early 1940s. An 8-by-12-foot, multi-paned window was installed on the north side to capture the best light to paint by. Today, visitors may expect Benton to walk in and sit down to paint, as coffee cans of paint brushes, numerous paints and a stretched canvas await his arrival. Benton had just put the finishing touches on "The Sources of Country Music," a mural painted for the Country Music Hall of Fame in Nashville, when he died in his studio. The studio, like the rest of the house, has remained untouched, containing nearly all of Benton's original belongings.

Benton, renowned painter, sculptor, lecturer and writer, was a man of enormous vitality and inner strength. He saw and recorded many ways of American life during his art career, which spanned seven decades. Thomas Hart Benton died in his studio on Jan. 19, 1975, doing what he liked best -- painting the American scene.