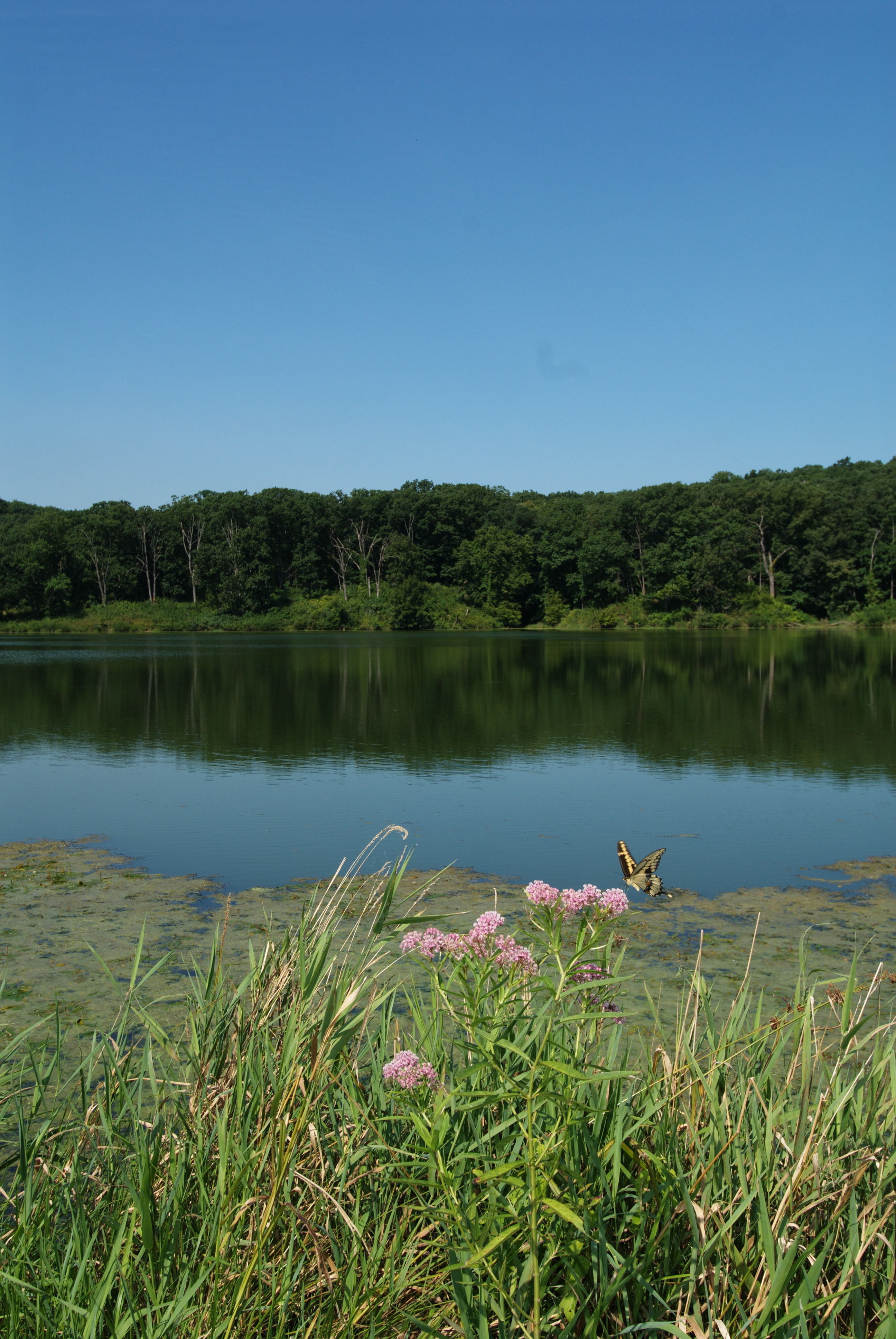 The park was created in 1938 when the state legislature appropriated $10,000 to purchase a tract of 640 acres located 3 miles west of Trenton, the county seat of Grundy County. Just to the southwest of the park is the hamlet of Edinburg. It was here that Enoch Crowder was born on April 11, 1859. After attending Grand River College in Edinburg, Crowder went on to West Point, the U. S. Military Academy in New York. Early in his career he participated in efforts to subdue Geronimo and his Apache band. Later he served as military governor of the Philippines, and crowned his career in public service by serving as the first ambassador to Cuba. He is best remembered as the "father of the selective service." He authored the Selective Service Act of 1917 and set up the system of local draft boards that succeeded in providing 3 million young men to help boost the Allies to victory in World War I. He was noted for his knowledge, his devotion to duty, and his principled dedication to fairness as he saw it.

The state park named in his honor is located just a few miles from the Crowder homestead. The park's natural environment is unusual for northern Missouri. It is covered with a mantle of rich glacial soils that nurture thick forests of sugar maple, and stately white and red oaks. The Thompson River, named for Dr. William Preston Thompson, the ruins of whose circa 1833 brick home still stand within park boundaries, winds its way through the park. Bordering it are steep-walled valleys and ravines where basswoods and bur oaks tower over an understory of dogwood, serviceberry and bladdernut. The rich bottomlands along this meandering river are accented by stands of cottonwood, river birch, silver maple and sycamore trees that shade a valley floor where the rare ostrich fern grows in company with carpets of swamp buttercups, touch-me-nots, sweet williams and Dutchman's breeches. On well-shaded sandstone ledges, carved by the Thompson River, lady slipper orchids and maidenhair ferns cling to a delicate existence.

Pioneers such as Thompson were hardly the first residents of the present-day park. Several mounds of prehistoric American Indian origin are found in the park, and at the time the first American settlers showed up, the area was still being used by Sac and Fox tribes. Presently, the park offers many opportunities for such recreational and leisure activities as camping, picnicking, hiking and fishing. There are both basic and electric campsites in the park. The camping area features modern restrooms, hot showers, a dumping station, a laundromat and playground equipment.

Camp Grand River, a group camp, is available to nonprofit organizations, and offers sleeping cabins, a dining lodge with kitchen, a recreation hall and outdoor recreational facilities, including a play court. The 18-acre Crowder Lake is regularly stocked with fish to tempt the angler. Picnic sites are scattered throughout the park. For larger family gatherings, an enclosed shelter with electricity is available, as are two open shelters; all of which can be reserved by contacting the park superintendent. A paved tennis court is another of the recreational offerings. The park offers several forest trails for hikers including one that leads to the Thompson River.