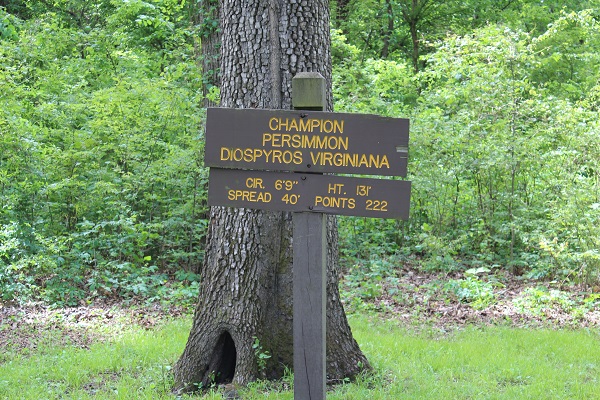 Early explorers to the "Bootheel" region of southeast Missouri discovered a unique landscape where the Ozark hills dropped off abruptly into flat flood plains covered with giant trees. The forest trees that took root here grew to enormous proportions in the fertile earth. Today, nature-seekers to "swampeast" Missouri will find a forested island, known as Big Oak Tree State Park, in the midst of a vast agricultural area. The park features the state park system's only cypress swamp.

Regular flooding in the area over millions of years caused many of the rich Bootheel forests to convert to swampland, providing temporary protection for many of the giant trees. In 1811, a series of earthquakes known as the New Madrid earthquake altered the topography of the southeast lowlands. Some of the land in the southeast Bootheel area and in northeast Arkansas sank, adding to the existing flooding.

Beginning in the late 1800s, the giant timber and fertile soil of the lowlands began to attract timbermen and farmers. Timbermen cleared the trees leaving bare land. Realizing the potential for agriculture, landowners supported the creation of drainage districts in the early 1900s to enable them to plant crops, such as wheat, soybeans and corn. Over 2 million acres were converted from forest to cropland.

In the 1930s, citizens of southeast Missouri began to realize that their magnificent lowland forests were about to disappear forever. A campaign to save a large oak tree and 80 acres surrounding it attracted statewide attention. In response, Gov. Lloyd Stark asked the Mississippi Valley Hardwood Co. to spare the tree and surrounding land.

Due to the Great Depression, the state, however, could not afford to purchase the land. Despite the depression, businessmen and local citizens began donating money while area school children gave their nickels and dimes. In 1938, about 1,007 acres were purchased and dedicated as Big Oak Tree State Park.

The big oak tree that the citizens fought to save was located in an 80-acre tract of virgin bottomland hardwood forest, which is now designated as a National Natural Landmark. It stood its ground there for nearly 400 years before dying in 1952 and was cut down. Today, trees in the park are unsurpassed in the state for their size, with a canopy averaging 120 feet and with several trees more than 130 feet tall. Two trees qualify as state champions in their species. Ninety percent of the park is designated as a Missouri natural area because of its rarity and value in preserving this significant representation of Missouri's natural heritage.

In addition to the towering hickories and majestic oaks, the rich soils provide habitat for green ash, swamp cottonwood, American elm, black willow, persimmon, baldcypress and patches of giant cane. An undergrowth of woody vines, such as poison ivy, Virginia creeper, wild grape and peppervine, covers much of the area. 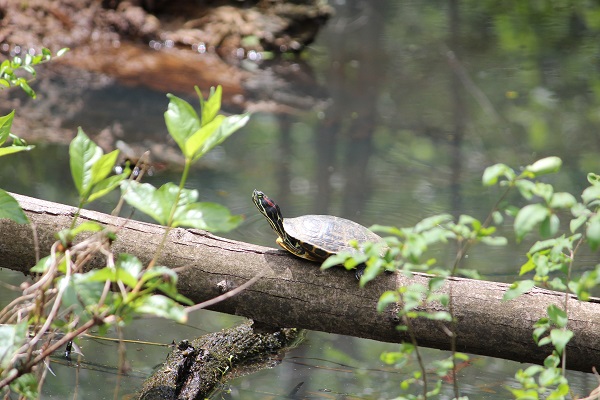 Many swamp plants live in the water-soaked soil, including swamp privet, buttonbush, lizard's tail, swamp leather flower and ladies' eardrop while aquatic liverworts and duckweed float on the surface of the water. The park protects 12 species of rare plants and animals, 250 kinds of plants and 25 mammal, 31 reptile and seven amphibian species.

A boardwalk winds its way through the park past some of the park's largest trees. A walk on the boardwalk also gives visitors a chance to view many common mammals, such as deer, raccoons, squirrels and opossums that call the park home, along with the rare swamp rabbit. Amid the lofty trees live more than 150 species of birds, giving the park a national reputation among bird watchers. Several of the birds are considered rare in the state, including the prothonotory warbler, cerulean warbler, red-shouldered hawk, Mississippi kite and fish crow.

Picnic sites and a playground nestled under towering trees make the park a great place for a family to spend the day.