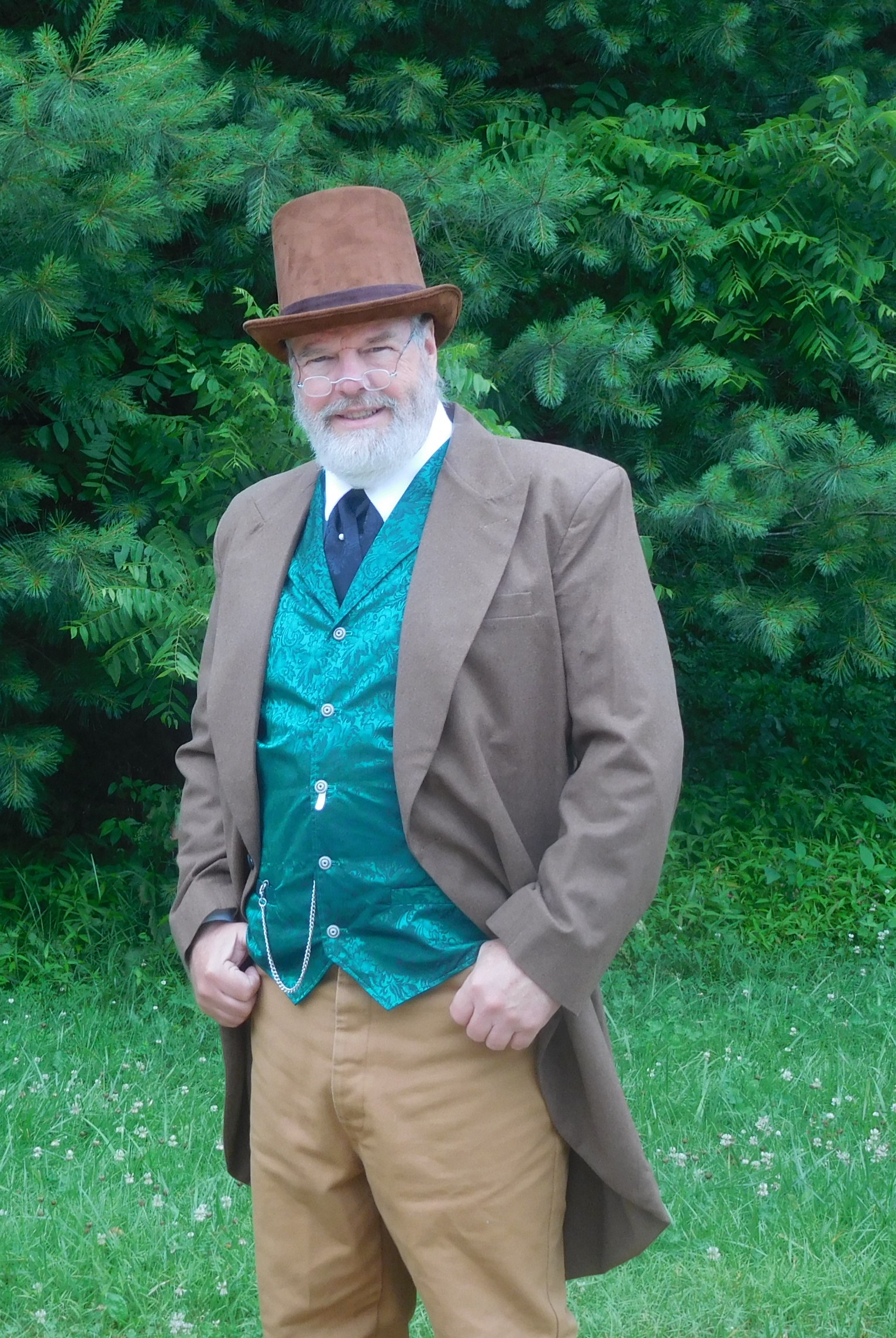 Local writer and historian Dr. Eric “Rick” Mansfield brings to the stage a one-man production that celebrates our independence over the past two-plus centuries. It features five characters, all in historical costume. Character changes are accomplished with different shirts, waistcoats, hats and accessories. The base layer of pants and undershirts keeps this a modest display and quite family friendly. Rick never leaves the stage during the performance; he simply narrates the segues between historical periods as he dons the appropriate attire.

The first Fourth is set in 1776, and is seen through the eyes of Charles Tomson, the secretary of the Second Continental Congress. Tomson has served in both congresses and has been in part an advisor on foreign relations. His firsthand account as he witnesses the final vote and the 34 signatures places the audience in that Philadelphia hall that sultry summer day.

The second Fourth is in 1826. A Protestant clergymen is at the bedside of John Adams at Adams’ home in Quincy, Massachusetts. Adams is 90 years old and will not live out the day. As he nears the end, he takes solace in the fact that his dear friend and on-again, off-again political rival Thomas Jefferson survives, not knowing that the third president would precede the second president in death by almost five hours, with both Founding Fathers and members of the “Committee of Five” dying 50 years to the day after our nation’s birth.

The third Fourth takes place in 1863. Lee has withdrawn from the Pennsylvania killing field, his army broken and beaten. Vicksburg will at last fall to siege. The day’s monumental events will be summarized by an aide to Confederate Brig. Gen. Fagan and told through the considerations of the failed attack on Helena, Arkansas - a real-life example of the “In want of a nail, a shoe was lost” anecdote of battle.

The fourth Fourth will be on foreign soil, as not quite 200 members of the American Expeditionary Force led by Gen. John J. Pershing arrive in France. America’s declaration of war is not yet three months old, but news of the American assistance is already buttressing the French morale. Lt. Col. Charles Stanton pays respects to the grave of Marquis de Lafayette and delivers the iconic message “Lafayette, we are here!” This too is told first-person - by a young private who was invited to join those officers paying their respects to the American Revolutionary War hero.

There will be some interaction with the audience, as questions are asked and some thoughts solicited. Each of the four events will be placed in historical perspective. The audience will be historically informed, wholesomely entertained and patriotically inspired.

The fifth Fourth will be that of 2020. The audience will be invited to join in as a couple of patriotic songs are sung. There is no charge for the event (courtesy of the Pilot Knob State Park), and guests are encouraged to gather early to get a good seat. It will take place at 6:30 p.m. and conclude in time for guests to prepare to view the evening’s firework display.