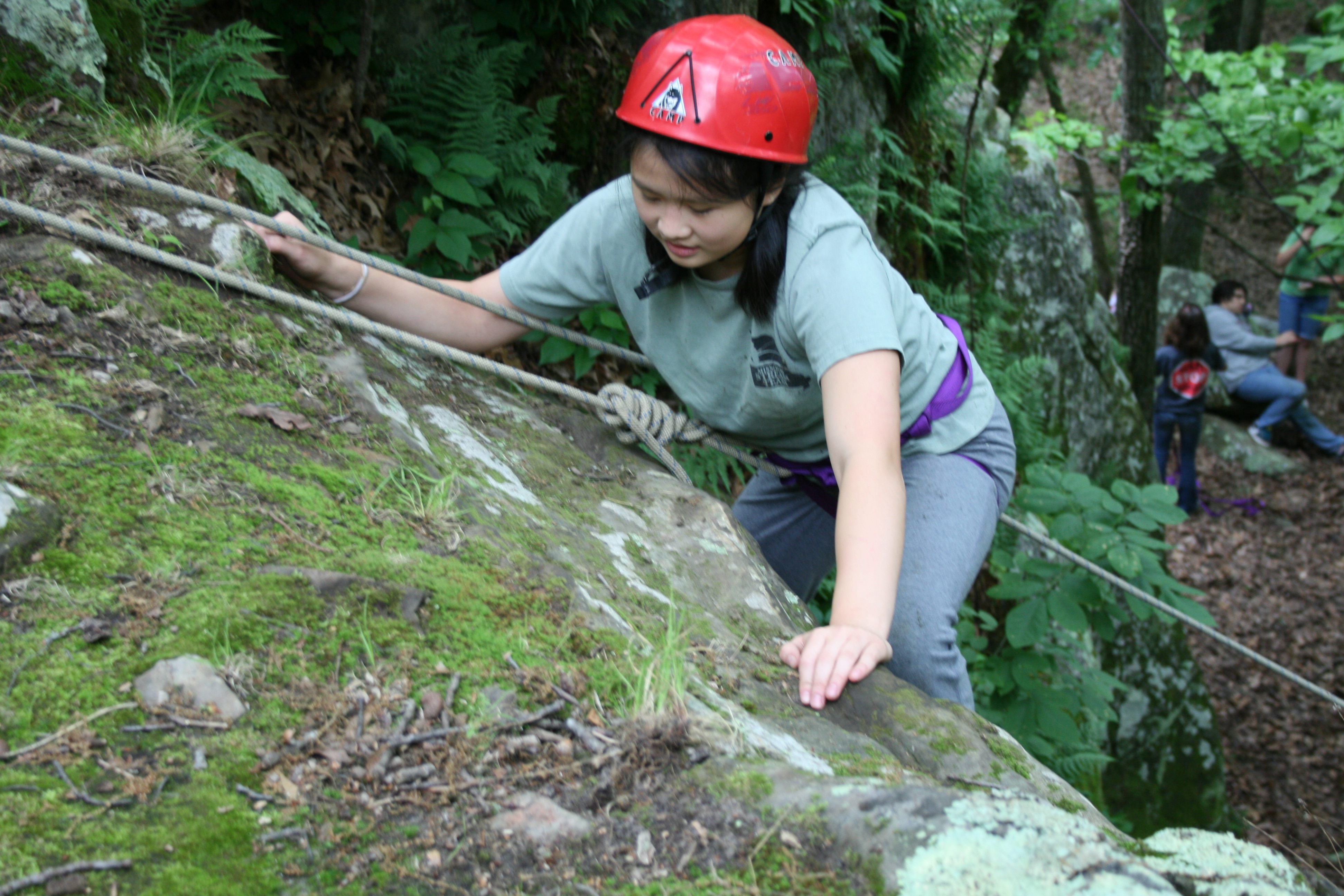 Many Missouri state parks are home to impressive rock formations, especially those in the Ozarks. Rappelling is allowed at five of these parks, and rock climbing at four.

A permit must be obtained prior to engaging in either sport. To obtain a permit, visit the park office or follow the links in the table below.

Lake of the Ozarks, St. Francois and Washington state parks have areas where both rappelling and rock climbing are permitted year-round. Both activities are also allowed at Johnson's Shut-Ins State Park, but only from the day after Labor Day through the Wednesday before Memorial Day.

Meramec State Park has a bluff where rappelling is permitted but rock climbing is not.

Bouldering, which does not require a permit, is allowed only at Elephant Rocks State Park. The park does not offer rock climbing or rappelling.