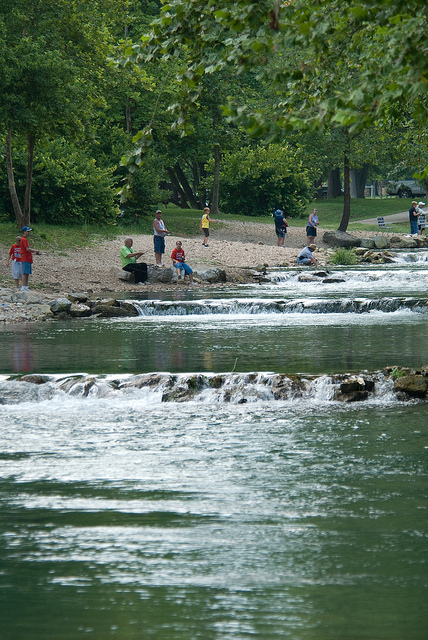 Despite the rugged nature of the landscape, early settlers were drawn to the area in the early 1800s for its beauty and the clear reliable streams that powered their mills. But the area was not always peaceful. The hills around Roaring River served as hideouts for Civil War guerrillas and outlaws, and large-scale troop movements traveled the countryside.

After the war, the valley became known as a resort community with cottages dotting the hillsides. By the turn of the century, many wealthy businessmen used the Roaring River area as a 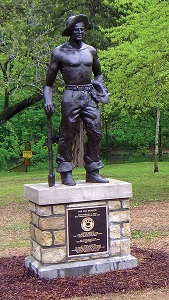 retreat. Dr. Thomas Sayman, a wealthy businessman from St. Louis, tried to persuade the state’s game and fish commission to buy the property. When this was unsuccessful because of lack of funds, he purchased 2,400 acres of land surrounding Roaring River Spring and turned it over to the state. Roaring River State Park was born.

The character of the park today is influenced not only by the landscape but also by the hands of Civilian Conservation Corps and Works Progress Administration workers who helped develop the park in the 1930s. The CCC and WPA built structures such as picnic shelters, the fish hatchery, trails and cabins, many of which are still in use today. Camp Smokey, which was built the CCC, today serves as the park’s group camp. A bronze statue of a CCC worker stands in the park today, a tribute to the contributions made by these young workers.