A Corridor of Time and Place 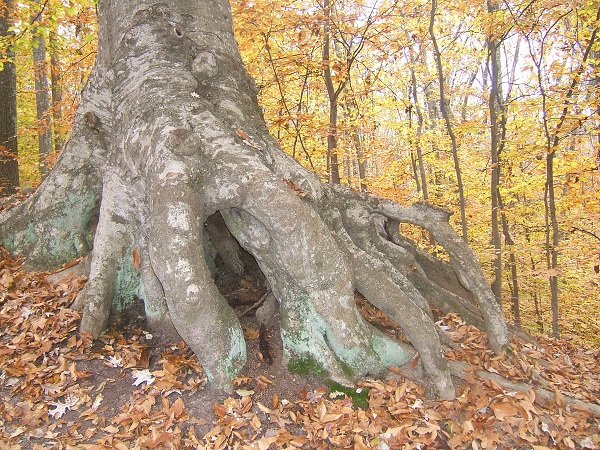 Rising above the Bootheel area of southeast Missouri is a natural range of low hills called Crowley’s Ridge. Morris State Park preserves significant natural and cultural features within this region. Many plant species exist within the park and region that cannot be found anywhere else in Missouri.

Crowley’s Ridge was named after Benjamin Crowley, a participant of the War of 1812 and one of the first settlers of the area. The ridge was a primary route of transport and commerce for the people of the region for centuries. In 1999, Jim D. Morris, a Springfield businessman, donated 161 acres in this area to the Missouri Department of Natural Resources so it could be protected for future generations to enjoy. The intent of the department is to preserve this as a natural area representing this region known as Crowley’s Ridge, which exists only in the Bootheel of Missouri and in parts of Arkansas and Tennessee. The uniqueness of the region, the unusual soil types and rare plant species make this a prime area for research and the application of natural and cultural preservation techniques vital to the department’s mission.

Crowley’s Ridge rises 100 to 250 feet above the Mississippi River valley, yet it is built of many thick layers of gravel and sand that were washed in from the ancient Ozarks when this region was a long Gulf of Mexico bay. When the ocean receded and torrents of ice age meltwater stripped most of the sediments from the Bootheel region, Crowley’s Ridge is what was left behind. Ferocious winter storms added as much as another 50 feet of wind-blown dust on top of the newly high ground that was left behind. Some of these layers may be seen throughout the park.

Morris State Park’s 161 acres are located almost exclusively in Crowley’s Ridge. The natural landscape associated with the ridge harbors more than 300 different types of plant species, some which are native in Missouri only to Crowley’s Ridge. The uplands contain large white, post and red oaks up to 26 inches in diameter. The middle to ground level layers of the forest contain such species as sassafras, red maple and dogwood. The moist, rich and lush hollows are teeming with ferns and shade-tolerant wildflowers beneath American beech, sweet gum and tulip poplar trees, species more typical of moist eastern forests than the dry Ozark ones nearby. Rare species and some of the plants restricted to the southeastern portion of Missouri include the red buckeye and Hercules club, both understory trees, as well as overcup, cherrybark and willow oaks. Several sedges and grasses have been identified in this park that are not found in any other state park in Missouri. Most are found in the rare sand forest, acid seeps and remnants of the former Malden Prairie, which are prized features of this park.

Because the Missouri Department of Natural Resources wants to preserve the park’s natural integrity, only minimal development of the park will exist. A hiking trail allows visitors to take a closer look at this unique natural feature of our state. The trail extends through a large portion of Crowley’s Ridge, taking visitors to the lowest point of the ridge and near the park’s predominant feature - a very large soil exposure depicting the natural erosion of the ancient alluvial soil layers typical of the ridge. The trailhead features an accessible walkway with interpretive panels that leads to an overlook. A restroom, parking area and water are also available for visitors.