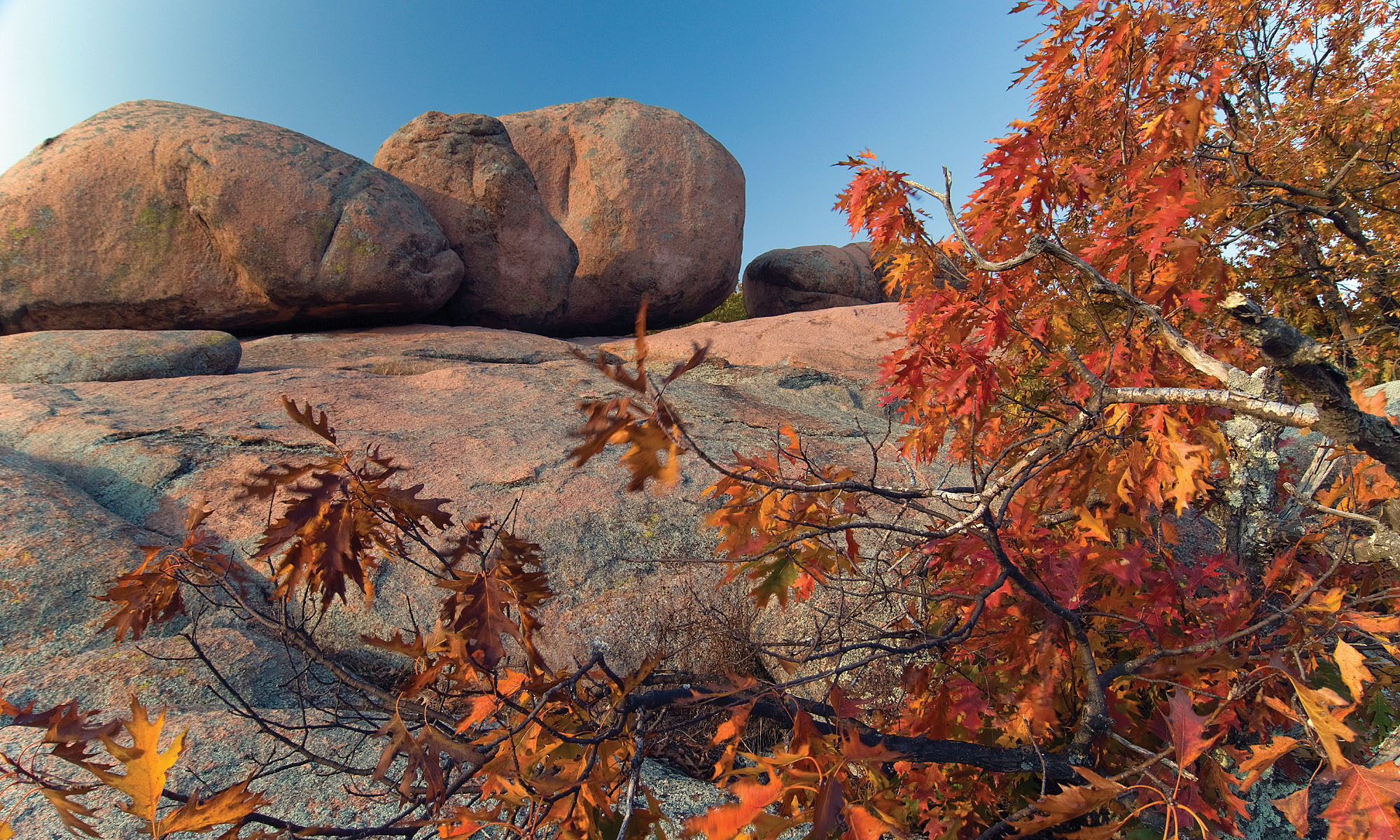 One of the most curious geologic formations in Missouri is found at Elephant Rocks State Park. Giant boulders of ancient granite stand end-to-end like a train of circus elephants. Dumbo, considered the patriarch of the elephants, is 27 feet tall, 34 feet long, 17 feet wide and tips the scales at a hefty 680 tons. No official census of the herd has been taken so the exact number of “elephants” inhabiting the park is unknown. Many of the elephant rocks lie within the 7-acre Elephant Rocks Natural Area, which is recognized for its outstanding geologic value. The park is also considered a geological classroom where visitors can see and touch some of the oldest rocks in south-central and eastern United States. One of the best ways to experience the rocks is to follow the Braille Trail, which provides access to the granite outcrop. 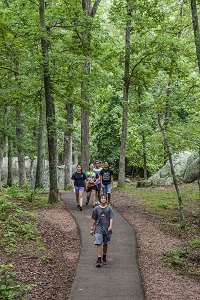 The formation of these extraordinary geologic features began during the Precambrian era about 1.5 billion years ago. Molten rock, called magma, accumulated deep below the earth’s surface. The magma slowly cooled, forming red granite rock. As the weight of the overlying rock was removed by erosion, horizontal and vertical cracks developed, fracturing the massive granite into huge, angular blocks. Water permeated down through the fractures, disintegrated the adjacent granite and rounded the edges and corners of the blocks while still underground. This action formed giant rounded masses called core stones. Erosion eventually removed the disintegrated material from around the fractures, and exposed the giant core stone boulders at the earth’s surface. 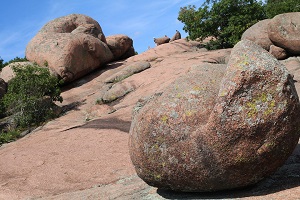 Once the granite boulders are formed, atmospheric weathering continues to modify their shapes and surfaces even today. Rainwater soaks into small fractures. When it freezes, it expands, further rounding the boulders. The gray-green lichens that grow on many granite surfaces produce a weak organic acid that dissolves the rock. Physical and chemical weathering in low areas on the crest of the large granite outcrop has produced distinct, roughly circular depressions up to several feet in diameter called solution pans or bird baths. These depressions often retain water, which facilitates freeze-thaw action and is conducive to growth of lichens.

The landform is called a “tor,” a stack or pile of spheroidally weathered residual granite rock boulders sitting atop bedrock mass of the same rock. While tors exist elsewhere in the United States and worldwide, they are not abundant anywhere. Elephant Rocks is Missouri’s finest tor and one of the best examples in the Midwest.