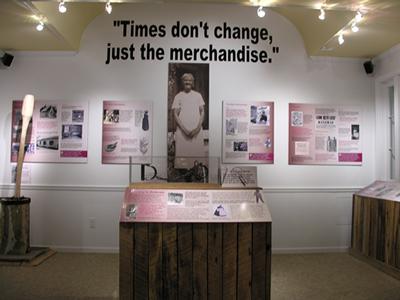 This audio site contains subject matter and language that reflect a specific historical period. There are quotes from former slaves that could be considered offensive.

The quotes have been gathered primarily from interviews with former slaves conducted by Works Progress Administration all over the country during the Great Depression of the 1930s. Although some of these interviews were recorded, there are no known recordings of the over 90 former Missouri slaves interviewed. While developing the exhibit "Slavery's Echoes: Interviews with Former Missouri Slaves," Missouri State Museum staff with the assistance of staff from Lincoln University in Jefferson City, Missouri, created recordings using the words of the former slaves. The exhibit was on display in the State Museum from February 2007 through February 2011. The audio developed for the Slavery’s Echoes exhibit is currently featured in the “Reflections” section of the exhibit, "Civil War Missouri: A House Dividing,” which opened May 2011.

The original interview documents are housed at the National Archives and can be found in digital form at http://memory.loc.gov/ammem/snhtml/snhome.html. The quotes here are edited from the written records. Where in type, the words are spelled as the interviewer spelled them and therefore are his or her interpretation of the former slave's accent and dialect. The text has been edited for length and clarity, but care has been taken to keep the original meaning and nature of the interview. 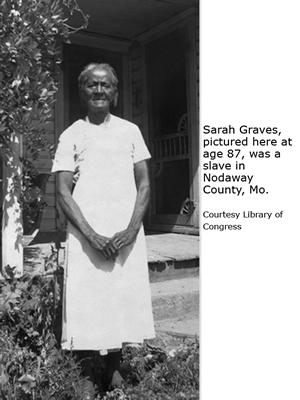 Who can tell us better than those who experienced it what it meant to be enslaved in Missouri? With voices echoing from those troubled times, former slaves describe their lives – the good and the bad. No matter how benevolent the master or mistress, the system of enslaving another human being has, and always will, result in the degradation and humiliation of those enslaved.

“I was brought to Missouri when I was six months old, along with my mama, who was a slave owned by a man named Shaw, who had allotted her to a man named Graves. When a slave was allotted, somebody made a down payment and gave a mortgage for the rest. A chattel mortgage. Times don't change, just the merchandise.” 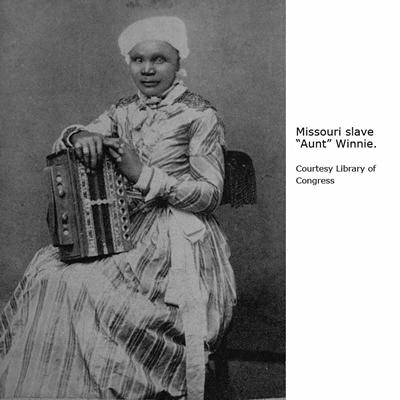 Slave stories are important because they reflect the experiences and emotions of slaves that letters, newspapers, photographs and art from the time do not. The interviews must be read with care and considered to be a reflection not only of slavery, but also of the years following the Civil War and the time of the Great Depression when the interviews were given.

Most of these men and women were young or even small children when the Civil War started. Some former slaves were worried about what would happen if they talked honestly about slavery. At the time of the interviews, American society still considered Black Americans inferior to whites. Click on the link to the right to read and listen to individual slave narratives. 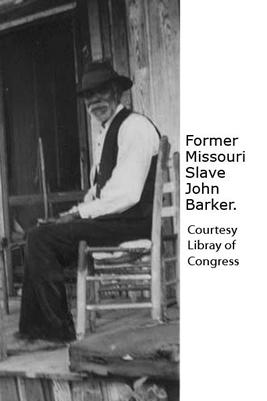 Missouri attracted slave owners because slavery had been allowed in the area under French and Spanish rule. Later, as American settlers came to the lands opened up by the Louisiana Purchase, a blending of cultures created a unique economic and social system that included slavery. The institution of slavery affected everything from how Missouri became a state to what was sold in the local store. Although Missouri’s laws allowed slavery and protected it, the terrain, economy, state location and population made it different from other slave states.

Many Missourians did not have the financial means to own slaves, and some had no desire to. The average slave owner in Missouri owned fewer than 10 slaves, and most owned just a few. Economically, owning a large number of slaves was only profitable on plantations where primarily one crop was grown. “Cash crops” in Missouri included cotton, tobacco, hemp and rice. Large plantations abounded in the fertile farmlands of the South, but in Missouri only the land along the Missouri and Mississippi rivers could support large farms. Click on the link to the right to read and listen to quotes about slavery in Missouri.

Click on the links on the right to read and listen to the words of former Missouri slaves on the following topics: