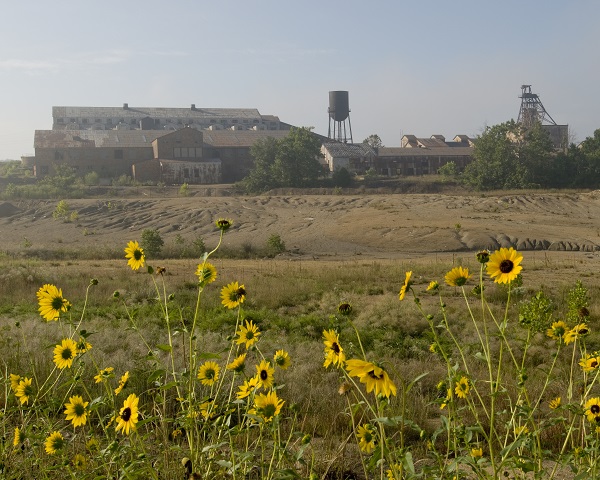 Nestled deep within the eastern Ozarks is an area known as the Old Lead Belt; it is a major part of the great Southeast Missouri lead district, the premier lead mining district of the world. The mining industry in this area has played an important role in Missouri's economic and social fabric for more than 280 years. Missouri Mines State Historic Site preserves the historically significant structures and artifacts of the largest mine-mill complex in the Old Lead Belt, and interprets the historic role of mineral resources and the mining industry in Missouri.

Pierre Charles LeSeur led the first European mineralogical expedition into the Mississippi Valley in early 1700. Two decades later, word came of a "shiny gray mineral… that was everywhere, often lying on the surface of the ground." These early explorers discovered that blanketlike lodes of galena, many feet thick, lay just below the earth's surface. This plentiful mineral is the primary lead ore still mined today in Missouri. The ore deposits have made Missouri the nation's major source of lead for more than 100 years.

The demand for lead resulted in economic development, which brought major corporate enterprises, deep multileveled underground mines, sophisticated underground railroads, and the influx of thousands of workers to the Old Lead Belt. More than 1,000 miles of abandoned multilevel mine tunnels that underlie the region and 300 miles of underground mainline railroad tracks that connected various shafts and mills are testimony to the 108 years of persistent mining operations in this area. Today, these mines, flooded naturally with ground water, provide a water supply for Park Hills and surrounding communities.

In 1864, St. Joseph Lead Co. purchased nearly 950 acres at Bonne Terre, Missouri. The company soon rose to dominance over its competitors because of its innovations in ore-smelting, underground engineering technology and the development and use of mechanical equipment. In 1923, the company purchased the Federal Mill No. 3 lead-concentrating complex and improved the mill to become the largest lead mill in the world. It remained in operation until 1972.

In late 1975, the company donated the Federal mine-mill complex, along with adjoining lands, to Missouri for use as a state park. The Missouri Department of Natural Resources took possession of the 8,244-acre tract in 1976, subsequently naming it St. Joe State Park. In 1980, the 25-acre mine-mill area was designated as Missouri Mines State Historic Site.

At its peak, the complex consisted of 25 buildings, including the powerhouse, headframe and primary crusher, mill, flotation plant, filter and dryer building, machine shop, carpenter shop, sawmill and electrical shop. Currently, the 19,000 square-foot powerhouse is under development as a Missouri mining history and mineral resources museum.

The first of three museum galleries in the powerhouse contains underground mining equipment, such as the St. Joe Shovel, a man-carrying "speeder" and "electric mule" locomotives that replaced men and mules for moving cars of ore.

The second gallery includes exhibits on lead, geology and mineral resources, and features an outstanding systematic mineral collection, as well as an array of fluorescent minerals. A small theater is used to show a 12-minute video depicting underground mining and the ore milling process in the Old Lead Belt as an introduction for visitors. This gallery also features a Museum Shop, where related books, minerals, mineral jewelry, rock hound equipment and souvenirs may be purchased.

The third gallery contains giant air compressors that supplied air power underground to run the pneumatic drills and other equipment. This gallery eventually will contain exhibits on mining history and technology.