The Father of Public Schools 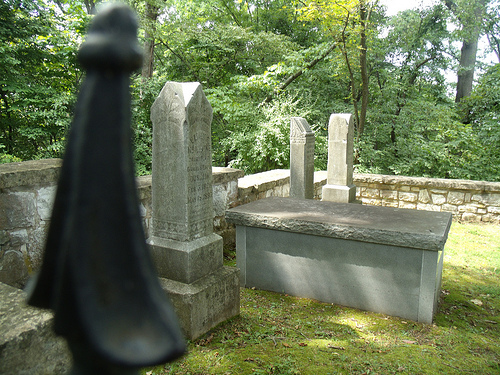 Born near Greenville, South Carolina, in 1790, Daniel Dunklin moved to Missouri, settling with his widowed mother at Mine-a-Breton, near Potosi, in 1810.

Dunklin began his political career in 1815 with appointment as sheriff for Washington County by territorial Gov. William Clark. In the same year, Dunklin took as his bride, Emily Haley (1797-1851). He built a small tavern in Potosi, and it soon became the general meeting place for the discussion of society and politics.

In July 1822, a group of delegates from Washington County met at Dunklin's Tavern to nominate a representative to the state legislature. Dunklin was nominated and later elected, serving in the legislature from 1822 to 1823. Following his term, he spent the next four years in Potosi, living off profitable investments in the mines.

He returned to politics in 1828, being elected as lieutenant governor. Four years later in 1832, Dunklin was elected Missouri's fifth governor. While Dunklin was governor, the Platte Purchase added additional land to northwestern Missouri.

Gov. Dunklin is often called the father of Missouri's school system. He sought to establish public schools on a firm and stable basis. In 1835, the General Assembly passed a law establishing the public school system in Missouri. The law outlined the minimum school year, established the basic curriculum, and allowed for local taxation to support schools. In the field of higher education, Dunklin recommended in 1834 that a site for a state university be chosen and partially funded through the sale of land. Five years later, the University of Missouri became a reality.

Gov. Dunklin was also an advocate of humane treatment of prisoners. With the construction of the Missouri Penitentiary in the early 1830s, the governor spoke out against the pervasiveness of corporal punishment in Missouri's penal system.

Gov. Dunklin resigned his office three months before the end of his term. He received the appointment of surveyor general for Missouri and Illinois from President Andrew Jackson. The discharge of his surveyor's duties conflicted with his business, and he retired to Potosi.

In 1840, he sold his holdings at Potosi and moved to the Herculaneum area, where he built a large house that he called Maje. In 1843, Dunklin was appointed by Gov. Thomas Reynolds as commissioner to adjust and designate the boundary between Missouri and Arkansas. He held this appointment until his death on July 25, 1844, from pneumonia. He was buried two days later in a field near Maje. In 1851, his wife was buried with him at Maje. Their son, James L. Dunklin, inherited the estate upon the death of his mother. Not as successful in business as his father, James was forced to sell the estate. In 1885, the sale of the estate had 1 acre reserved on the only part James owned, free and clear. This was to become the present Dunklin Cemetery. Following the sale, Daniel and Emily were exhumed and reinterred in this cemetery.

The Missouri State Park Board agreed on Aug. 25, 1965, to accept the cemetery for the purpose of erecting and maintaining "a memorial park in remembrance of Daniel Dunklin…" This site was the forerunner of the statute enacted in 1967 "to suitably mark every grave of a former governor of this state and to maintain every grave of a former governor within this state which is not within a perpetual care cemetery." The Missouri Department of Natural Resources oversees Dunklin's Grave along with Jewell Cemetery, where Missouri's 22nd governor, Charles Hardin, is buried and Sappington Cemetery, where governors Meredith Miles Marmaduke and Claiborne Fox Jackson are buried.