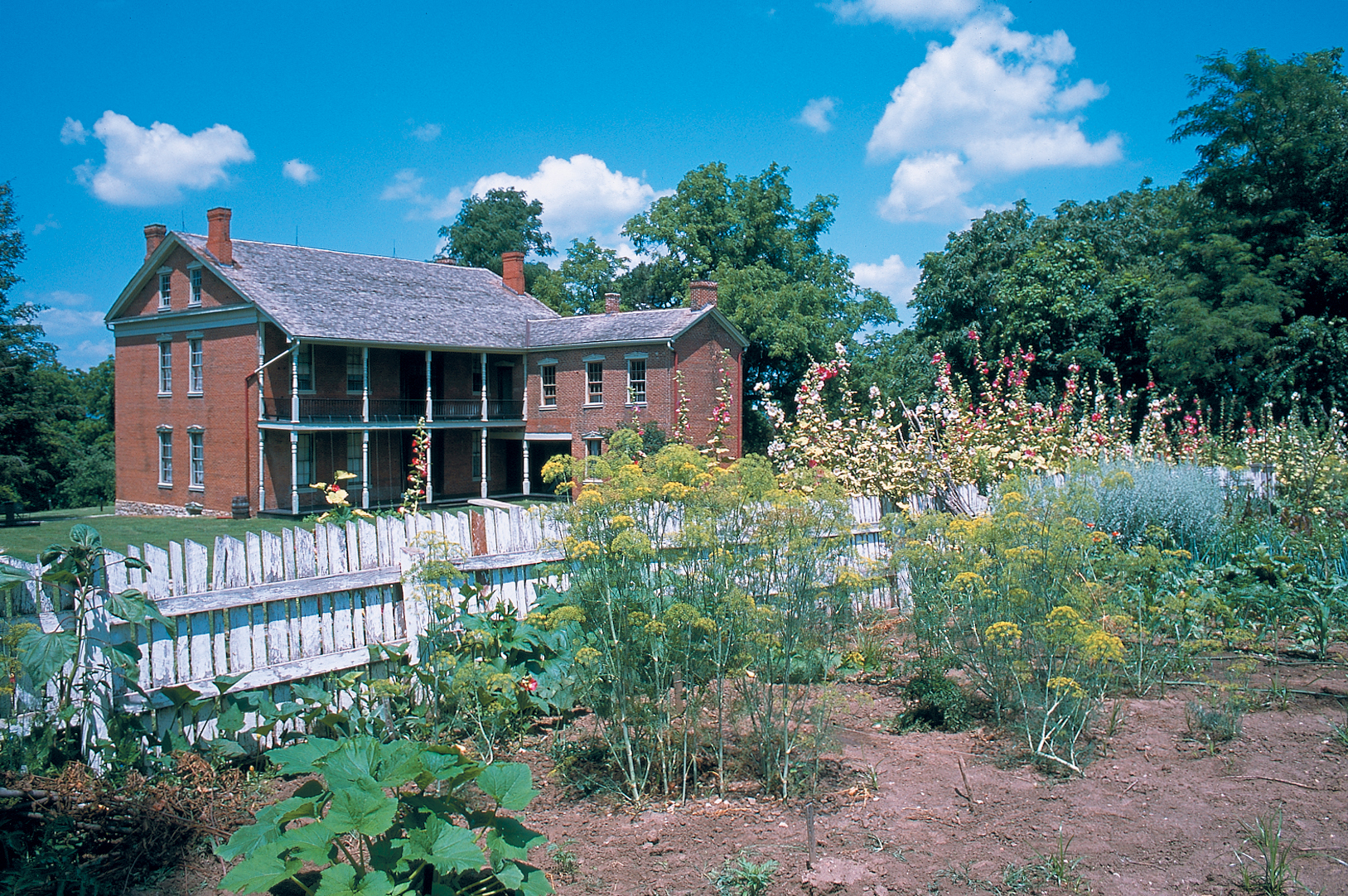 The Oliver Anderson House is important not only for its role in the Battle of Lexington, but also because it is a fine example of the large mansion houses that prosperous, slave-holding Southerners were building in Missouri in the 1840s and 1850s.

This house was built in 1853 by Oliver Anderson, who was born in 1794, in Nicholasville, Kentucy. In the 1830s, he co-founded the firm of Anderson and Jackson, a successful hemp and cotton manufactory. In 1819, he married Mary Campbell and the couple had 10 children. Mary died in 1842, and later Anderson married Louisa Price. In 1851, the Andersons decided to leave Kentucky. Following the dissolution of his hemp factory, the Andersons moved to Lexington, where two of Oliver's sons had recently settled.

At this time, Lexington was a prosperous commercial center serving a rich agricultural region where slave-owning planters were reaping substantial profits from the raising of hemp, tobacco and fine cattle. Factories and warehouses lined the riverfront, and the town was home to three colleges. In 1860, Lexington was Missouri's fifth largest town with a population of 4,122 people.

Once settled in Lexington, Oliver Anderson entered into a business partnership with his son-in-law, Howard Gratz. He immediately began to erect a large warehouse and ropewalk for the manufacture of hemp. That Anderson was prospering in his newly adopted state is evidenced by the fact that he began construction of a large and elegant residence. The local newspaper reported in September 1853: "One noticed . . . that the new and magnificent dwelling house of Col. Anderson, on the bluff overlooking his rope walk, had grown rapidly in a short time. It is said that this building will be the largest and best arranged dwelling house west of St. Louis. The location is romantic and beautiful. . ." The house was built in the Greek Revival style and exhibits many interesting features including cast-iron Corinthian columns supporting the front porch, and cast iron lintels over the windows. Inside are large rooms - 20 feet square - with 15-foot-high ceilings, and a 15-foot-wide central hallway. The first and second floors of the main block of the house contain only four of these large rooms, arranged two each on either side of the hallway. An "ell" at the rear of the house has five small rooms, including an in-door kitchen, pantry and servants' quarters. At the east end of the hallway, a massive walnut staircase rises through two landings to the third floor of the house.

The hallway floor is painted in a bold pattern of black and white that duplicates its original finish. The woodwork is executed all in walnut and the massive doors have silver doorknobs. The furnishings, while not those of the Andersons, are appropriate to the mid-19th century.

The national financial panic of 1857 severely depressed the hemp market and helped cause the financial downfall of Oliver Anderson. Part of Anderson's financial woes stemmed from his assumption of the debts of his son-in-law, Henry Gratz. In the fall of 1859, Anderson auctioned off all his holdings in real estate, personal property and enslaved people. The Anderson House was included in this sale, but his sons purchased the house, while his son-in-law, Thomas P. Akers, acquired the rope factory. By this means, the Anderson family was able to continue to live in the house until the eve of the Civil War.

The final chapter of Anderson's misfortunes in Missouri was brought about by the coming of the Civil War to Lexington. A strong advocate of slavery, Anderson was likely one of the prominent Southern citizens arrested when Federal troops occupied Lexington in July 1861. Around that same time, the Federals evicted the Anderson family from their house and confiscated it for use as a hospital.

During the Battle of Lexington, Sept. 18-20, 1861, the Anderson House changed hands three times on the first day of the battle. After the Southerners forced the Union defenders out of the house, the Federals staged a desperate and bloody countercharge and retook it, only to be repulsed once more by the Southerners a short time later. During their brief reoccupation of the house, the Union troops murdered three Southern prisoners at the base of the grand staircase in the main hall. A bullet hole remains in one of the staircase risers. The battle caused extensive damage to both the interior and exterior of the house. This damage from rifle and cannon shots is particularly visible on the east side of the house and in several interior rooms. A stray cannonball careened through the attic of the house before ricocheting through the attic floor into the second floor hallway below, where the hole in the ceiling remains to this day.

After posting a bond, Oliver Anderson was paroled and banished from Missouri. After the war, he returned to Kentucky and lived with his wife until her death in 1867. Six years later, Anderson died at the home of his son-in-law, Henry Gratz, in Lexington, Kentucky. The Anderson House was purchased after the war by Tilton Davis, who lived in and preserved the home for 50 years. Several of the upstairs rooms are furnished with original pieces of the Davis furniture. In 1958, the house and portions of the nearby battlefield were donated to the state park system and are now operated by the Missouri Department of Natural Resources as part of Battle of Lexington State Historic Site.

Battle of Lexington Information and Resources